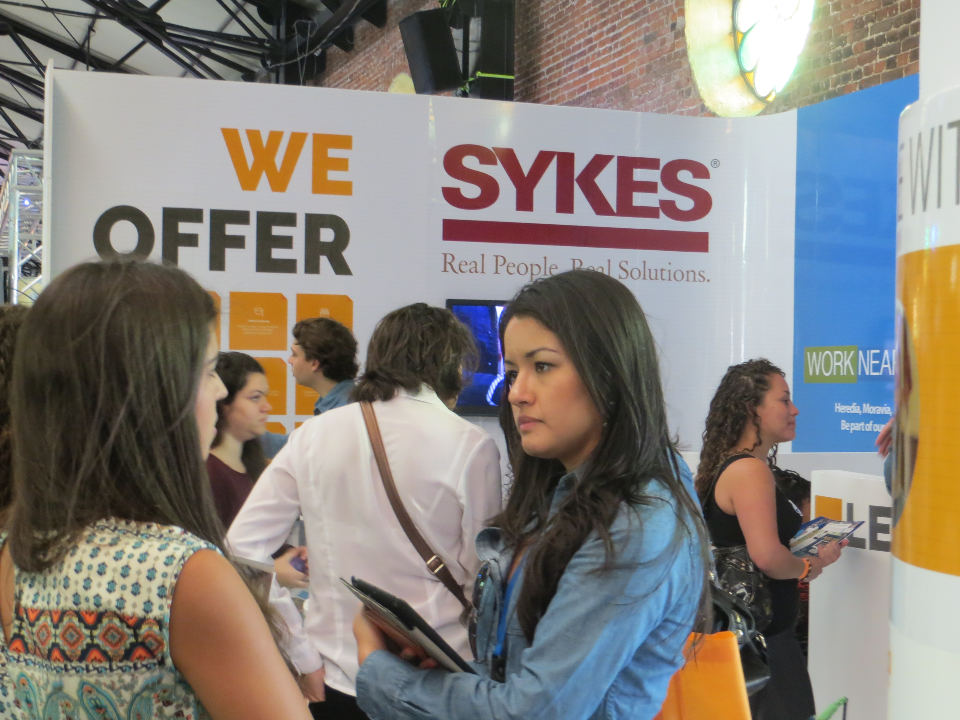 QCOSTARICA – This past weekend, thousands of Costa Rican job seekers visited the CINDE Bilingual Job Fair in San José. They got to meet with representatives from over 50 companies looking for qualified candidates.

Many of the companies were multi-nationals. They were looking for people to fill a wide range of positions from call-center telemarketers to software developers to engineers.

Most of the companies were looking for workers proficient in English. But other languages were also in demand, including Portuguese, French, Italian and even Mandarin Chinese.

One of the recruiters from CooperVision, a U. S. based manufacturer of contact lenses, told “Q” that they were very pleased with the turnout. They said that they had seen many candidates that fit their job requirements.

In addition to companies looking for workers, there were also display booths for language schools. One of those schools was the Kung Tse Instituto Oriental Confucio, which specializes in teaching Chinese. They reported that the Job Fair was very helpful for them. Not only did they find that a lot of students interested in learning Chinese, but they said that several large companies had shown an interest in their students.

Michael Miller is the author of the first and only guide book that focuses on Downtown San José, titled: The Real San José.