QCOSTARICA – Every 38 minutes a person is a victim of assault in Costa Rica, according to the figures by the Organismo de Investigación Judicial (OIJ) for last year.

The areas of Hatillo, Los Guido in Desamparados and downtown San José in the parks known as Salud and Garantias Socials (behind the Caja) and the motel area of San Francisco de Dos Rios, are sites with the highest predilection by assailants.

according to Emilio Segura, head of the Theft and Robbery section of the OIJ, there is a defined hour and day when most assaults occur. 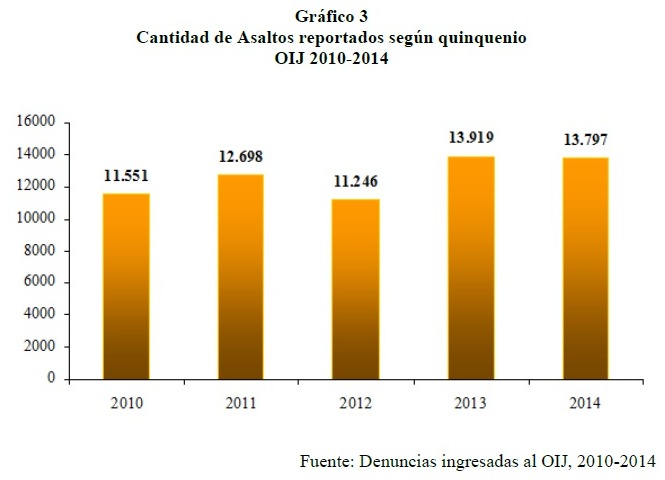 The data indicates that assaults occur more frequently between 6:00pm an 9:00pm, a time when most are headed home after work and are most vulnerable. An increase also occurs between 5:00am and 7:30am, when many head to work, most particular on Fridays.

Important to note that the figures only represent reported assualts and don’t take into account the number of assaults that go unreported, many victims deciding not worth the time to file a report with the OIJ.