Blockades in Costa Rica cause millions in losses in Central America 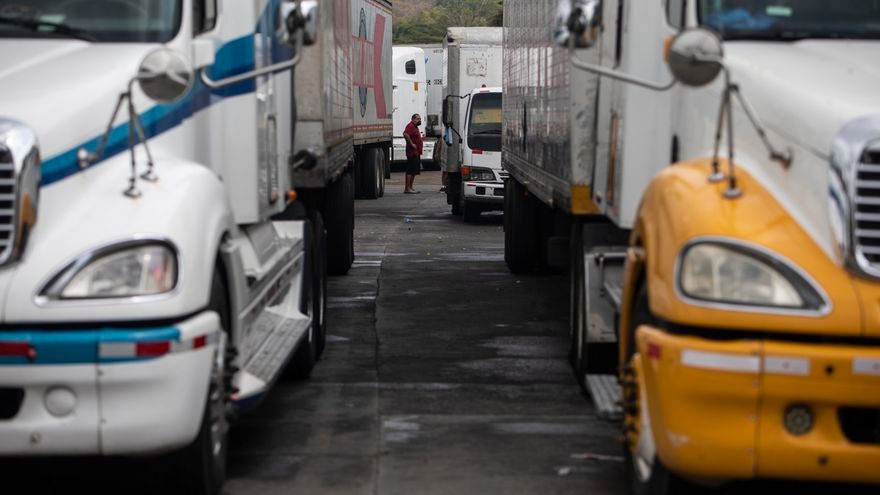 QCOSTARICA – At least 800 trucks are currently stranded on the border between Panama and Costa Rica due to the internal Costa Rican conflict, which is affecting trade in Central America and generating millions of dollars in losses as the region tries to reactivate in the midst of the ongoing pandemic.

Panama, with the Interoceanic Canal and its logistics system, is the gateway for many goods that are traded in the Central American isthmus, the director of the National Customs Authority (ANA), Tayra Barsallo, said on Thursday.

“The route that many goods have that go to Central America come through Panamanian ports and when the borders are closed all trade in the region is affected. Right now we have more than 400 trucks on each side (of the Costa Rican-Panamanian border) affected because of this situation,” Barsallo explained.

More: Senafront strengthens security in Paso Canoas due to protests in Costa Rica

The protests in Costa Rica began on September 30 in rejection of an eventual agreement with the International Monetary Fund (IMF), and they continue despite the fact that last Sunday President Carlos Alvarado announced that he was withdrawing from the initial proposal, called for the protests in the streets to cease and leaders to dialogue. 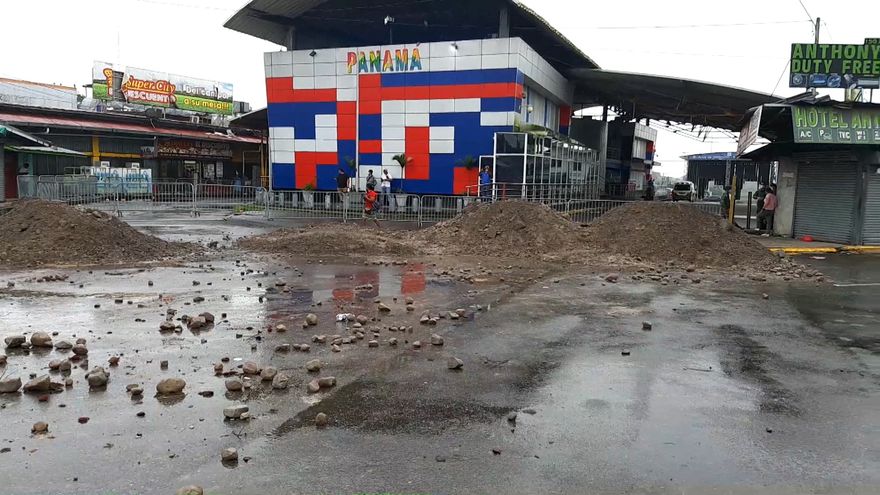 The blockades have affected Paso Canoas, the main border crossing between Panama and Costa Rica, and also a secondary one, Guabito, which crosses the Sixaola River and with perishable foods such as bananas and plantains, which is grown in the area.

A brief opening last Sunday allowed cargo to enter Panama and the departure of a group of Nicaraguans truckers who were returning to their country, Panamanian Border authorities reported.

But on Monday Paso Canoas woke up blocked with stones, mountains of earth and barriers of tires and mattresses, still in place on Thursday..

Supplies to combat the new coronavirus pandemic such as medicines, as well as basic necessities are also being affected by this situation, confirmed Barsallo.

Representatives of the Panamanian freight transport sector said that on Thursday they had spoken with the Costa Rican protesters to let them pass the medicines and perishable food, but that until now they have refused to do so.

Losses in the millions of dollars

Juan José Dutari, representative of the transport and logistics sector on the Board of Directors of the Chamber of Commerce, Industry and Agriculture of Panama (CCIAP), said on Thursday that “this sensitive, perishable cargo that has been stagnant for more than 8 days due to the closures, probably when it reaches its destination in Panama or Central America it will cannot be marketed.”

Dutar did not specify the monetary losses, nor did the director of Customs, who spoke of “serious economic damage”, while the media in Panama already spoke of tens of millions of dollars.

Barsallo stressed that this situation takes place when the isthmus tries to rise up from the crisis derived from the COVID-19 pandemic, which will set the region’s Gross Domestic Product (GDP) down by 5.9%, according to the International Monetary Fund ( IMF).

“Our region has been severely affected (by the pandemic) and it is the international trade, maintaining the purchase and sale of merchandise, which will allow us to get out of this situation,” the closing of the borders “is an obstacle to that economic reactivation that all countries, little by little, we have been encouraging “, she added.

The director of Customs of Panama said that constant communication is maintained with the Costa Rican authorities and that the instruction is that “once the borders open if you have to work 24/7 to dispatch all (stranded) vehicles, it will be so.”

QCOSTARICA - The protest of taxi drivers and transporters this Wednesday...
Read more