BLOG: Another Holiday Out Of The Way! 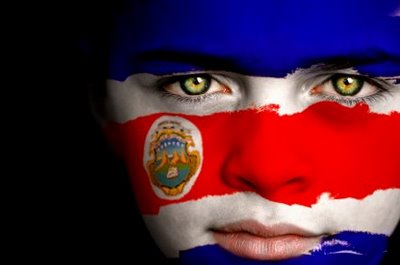 OK, another holiday out of the way, one of a dozen national holidays in Costa Rica. Coming up next is the BIG ONE, Mother’s Day. I know, what about August 2? Though it is regarded as a holiday, it is not a “national” holiday, one that means you get paid for not working.

Although the Annexation of Guanacaste holiday is a national holiday, it really isn’t. Let me explain.

Once a year the country shuts down on July 25th. The president and cabinet ministers head out to Guancaste, where Guanacastecos have been partying for days on end leading up to July 25.

In the Central Valley (San José) and the rest of the country, however, it is just like any other day, save there is no traffic and banks and government offices are closed (if the holiday falls during the week).

There are no flags waving, no one taking to the streets in celebration to even hint there is a national holiday happening.

Walking around town (San José) the only reminder that Guanacaste was being celebrated was by my dear friend in her traditional Costa Rican blouse. Unlike Independence Day (September 15), there were no flags on the autopista, retail stores and malls were not adorned with Costa Rican paraphernalia.

For most outside of Guanacaste it was just another day off work, with pay. Yeah, we all know about the bad reception our Presidenta got, how she had to change her schedule to avoid anti-government protests. For a few it is a long weekend, with the holiday falling on Thursday the lucky few could take a day, others I am sure called in sick this morning. For example, the Citibank offices around the corner from my house this morning was not the with the usual bustle of employees going to work. I estimate about one in four of the employees didn’t show up for work this morning.

So, on to the next holiday. If you are religious, the Virgen de los Angeles (August 2) is on deck.

But the most important of all holidays in Costa Rica is the one following, Mother’s Day on August 15.

You can forget or skip all or any of the other holidays, but NEVER Mother’s Day because this holiday is THE BIG DEAL!

As the cornerstone of Costa Rican society revolves around tradition and family ties and the role of the mother is evident in virtually every household.

- Advertisement -
Paying the bills
Previous articleColombia: More than 4,500 Athletes from 100 Countries Compete in World Games in Cali
Next articleLaura Chinchilla: “We’ve Had Setbacks, But Our Government Will Be Well Remembered”