[BLOG] GET TO KNOW YOUR REPRESENTATIVE? 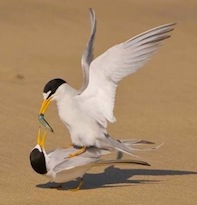 COSTA RICA BLOG – When chatting with my Tico friends about elections, I sometimes ask them if they know their Legislative Representative (Legisladores in Spanish) and how they would contact him/her if they needed something.

Not a one knew the name of their Legislador, and for all, the idea that he/she would be available to help seemed foreign.  But, they nevertheless keep voting for the same guy/gal, whatever his/her name is.

A suggestion for our new and wonderfully refreshing President Solis, who seems to like the idea of making public servants accountable.

To correct this situation, I humbly suggest that somehow an administrative regulation be made that all Legisladores have at least one office in the district that elects them, with at least a volunteer secretary and phone number for appointments,  that the Legisladores be required to hold regularly scheduled Office Hours, during which they are available to the voters, and that this information be publicized by messages in the newspapers, post office boxes and on TV.

What a small revolution in accountability this might make!   The Legisladores might hear about some of the boondoggles of new laws they have passed.   They would hear first hand the struggles of ordinary people and businessmen with stalling bureaucrats.    Horror Stories from Immigration and COSEVI (the road safety council)?

How driving licenses are too difficult to get.   If they were available for comments, they might even ask voters for ideas before they pass more funny (strange and weird) laws and regulations.    Some voters might have good suggestions for reforms, or clues about who is obstructing progress, or how to make things easier for the ordinary Tico and Tica.

Extranjeros (foreigners) might also have a few ideas about the difficulties of living here, not mentioned yet by International Living.

I don’t suppose we can expect the Legislative Assembly (Congress) to pass such a rule themselves……unless, unless, it was tied to the next salary raise!

Don Bosque
Don Bosque is a happily retired teacher living in Atenas. He loves the garden of his traditional style quinta and exploring the everyday wonders of Ticoland. He first came to Costa Rica in 1968, then returned to live here after living in the Philippines. He says this is an upgrade for noise, traffic manners and corruption! He is a Stanford man.

QCOSTARICA - The community of Tambor in Cureña de...
Trends

Bitcoin is the world’s largest cryptocurrency, and since its...