Sugar Cane Fires In Residential Areas of the Valley 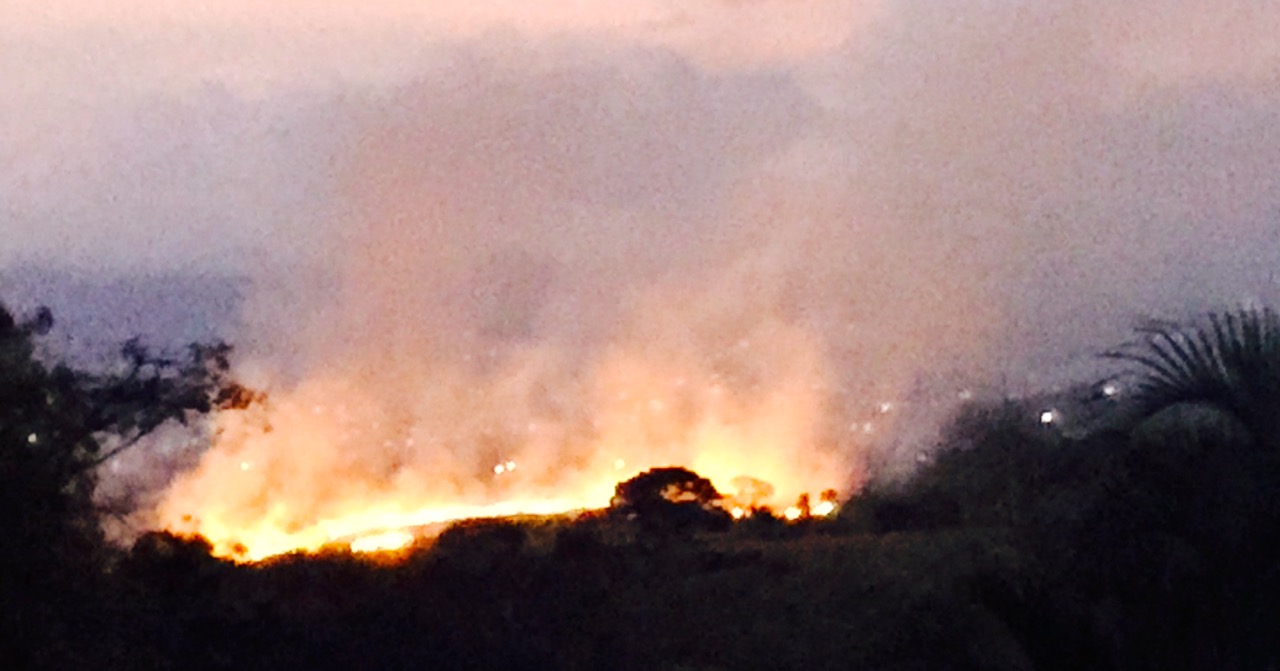 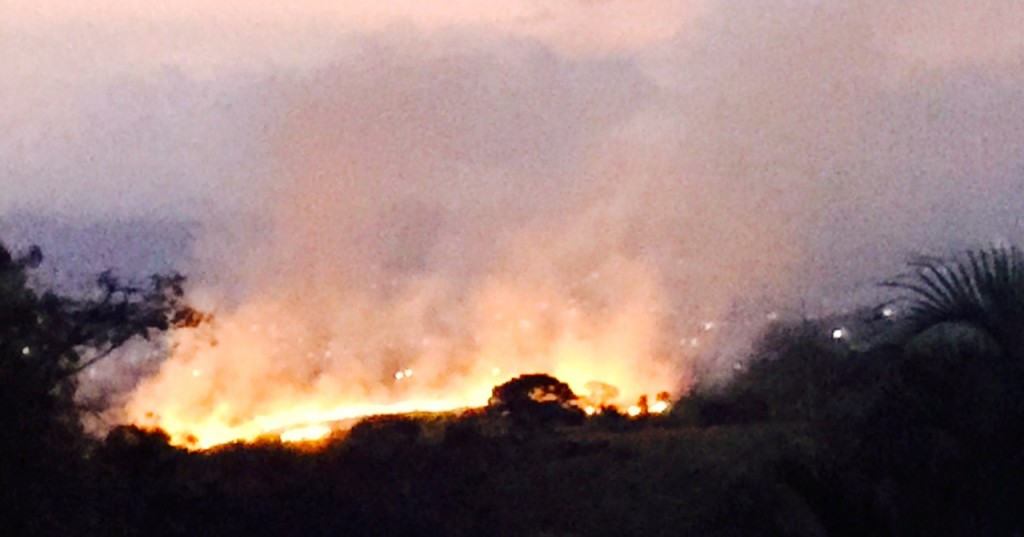 QCOSTARICA – Again, residents near sugar cane fiels are unhappy about the annual pre-harvest burning, to make the process easier and require less manual labor. About 80% of the “trash,” including straw, the tops, and green and dry leaves, are burned off.

These components constitute about 25% of the entire sugar cane stalk. The burning kills microorganisms and burns the trash, both of which keep the soil rich when left in the fields. In place of burning the cane, the leaves could be removed and burned to create steam for electricity generation or be converted into fuel themselves.

One resident, Don Bosque, living in the area of Atenas, sent us these photos taken on Monday (April 13) from Atenas, looking toward Hwy One and Sarchi/San Ramon and writes:

“Almost every day and night in April, I have observed cane fires nearby many towns in the valley from Alajuela to Atenas.   The fires are started with petroleum, to clean out the undergrowth and vermin just before harvesting.  They are meant to be quick moving, usually less than an hour, and make a lot of smoke.  I saw one very large fire on Easter Sunday!

The ashes, in the form of large pieces of fragile, very black carbon fiber, fly high into the air, then settle where the wind carries them.   For anyone living down wind of a cane fire,  it means cleaning the carbon off of verandas and out of pools.   After the wind rolls it around on the ground, it breaks up into small grains, but not in the pool.

It is unhealthy for humans with respiratory problems.  Fairly often, a fire gets out of control, and the bomberos (fire deparment)  are called to stop them from running farther.   I wonder who pays for these fire calls?

Why is this old way of cane burning still allowed in an increasingly residential area?   Some towns with many houses, such as Sarchi, Grecia, La Garita, San Ramon, and Atenas, are coated with ash or “carbon” as it is sometimes called, three or four times a week for a month or more.

Such burning is illegal, according to national law, and this is known to Ticos, but I think there is zero enforcement of the law.    And of course, no inspectors.   I ask why don’t Tico residents of the affected communities protest these fires?   I have never even seen it mentioned in newspapers or on TV news, ever.

The harvesting does not have to be done this way.  Above all, they don’t have to burn near to residential areas.   I don’t think sugar cane  is even a very profitable crop these days.   More sugar comes from Sugar Beets.   Do the cane lands belong to the untouchable rich who are just holding onto the land as its value goes up?

It certainly doesn’t seem like something that should be done in a country proud of its record of caring for the environment and wildlife.

I think it may be time to take a look at cane burning near residential areas, and for citizens to speak up about how it affects their lives.  At the least, I call upon Ticos who see a cane fire started nearby to call the Bomberos in their town, if the fire is out of control or not, and ask that those who started the fire pay for the firefighting efforts and use of equipment.

- Advertisement -
Paying the bills
Previous articleTired Of Pushing Buttons? Turn The Rotary
Next articleQToons: “My Bag Is Ready”, Melvin Jimenez

Don Bosque
Don Bosque is a happily retired teacher living in Atenas. He loves the garden of his traditional style quinta and exploring the everyday wonders of Ticoland. He first came to Costa Rica in 1968, then returned to live here after living in the Philippines. He says this is an upgrade for noise, traffic manners and corruption! He is a Stanford man.

QCOSTARICA - If you are out and about this...
Indicators