[BLOG] It Was Too Good To Be True! 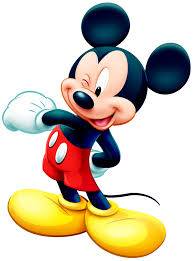 Are you disappointed that Disney is not coming to Costa Rica? Don’t be, it was never ours to begin with. Every year someone floats the story that Disney is coming to Guanacaste. And every year many get suckered in for that magical moment.

Some believe the local real estate agents are behind the annual hoax, trying to drum up business, for the real news of a Disney park would certainly generate investment in the province and the country.

This time the new was almost believable. Unlike in the past years,  this time around there was “official” word and none better than by the mayor of Liberia.

Mayor Castañeda told us Wednesday morning by way of a telephone interview on live radio and television that his city was processing the building permits, and that they would be ready “in eight days”. He added that he was personally awaiting the arrival of Disney officials in January, a visit they had put off in August.

Despite that Disney was denying the news, hey this is the mayor of a major town in Costa Rica saying so? Not that Mickey would like to us, just that maybe his handlers didn’t want us to know.

I had my doubts.

One, was the claim by the Liberia mayor that the building permits would be ready in eight days. Nothing in Costa Rica happens that fast, let alone a major project like a theme park. I can name off a bunch of acronyms that can put the monkey wrench in any well laid out plan in Costa Rica: SETENA, AYA, ICE, MAG, MINAE…..

Two, Telenoticias had scheduled an interview with mayor Castañeda during the noon hour news broadcast, following up on the morning’s interview by “Buen Dia” of the same television channel. I knew something was afoot when anchors Marcelo Castro and the lovely Josyln Alfaro said the mayor was unavailable.  The jig was up. Why woul mayor Castañeda back off from such an exposure, the noon news on channel 7 and in an election year?

From there it wall went downhill.

The ICT, Costa Rica’s tourism board, denied any contact by Disney. The same at the CINDE, the foreign investment board. La Nacion, CRHoy and Amelia Rueda – all serious local news sources – began digging deeper. They found more Disney officials denying the coming of a theme park in Costa Rica.

The owners of the land where the supposed theme park was going to be located denied negotiating a sale with Disney.

But the closing act was played by mayor Castañeda himself when he told La Nacion that he did not in fact know anything about Disney’s plans for building a theme park in Costa Rica.

I suppose we can chalk this up to an early Dia de los Santos Innocentes (Latin America’s version of April Fools’ Day) that occurs on December 28 each year.