[BLOG] The Maes Plan To Go All The Way! 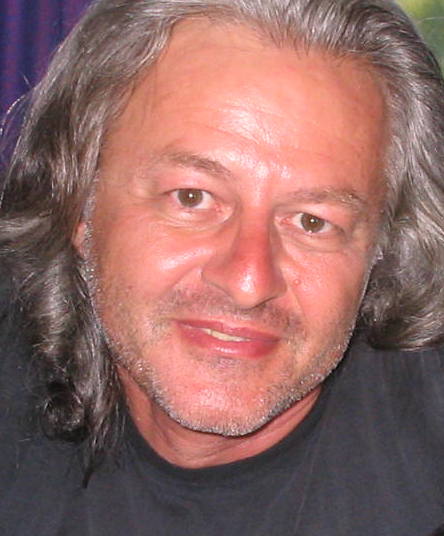 RICO’S COSTA RICA BLOG – It’s inspiring, infectious and incredibly heart warming to spend time in a country that has so much invested in being joyful. Come to Costa Rica! 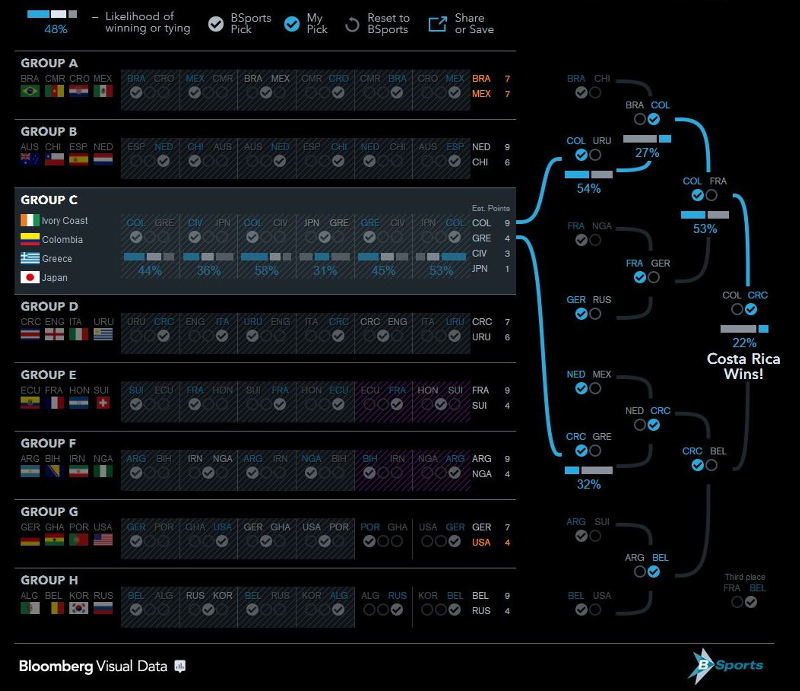 The town of Grecia, about 45 min from San Jose, boasts some of the most perfect weather in the world — in Grecia.

As we head into the round of 16 play of the World Cup starting Saturday, there is the possibility of Costa Rica and Colombia facing each other in the final game.

Bloomberg.com has produced a great interactive World Cup 2014 Predictions & Results page that you can play out the different game scenarios before they are even played, for a predicted result.

In the case of Costa Rica and Colombia, if both teams keep on winning and advancing they will meet at the final on July 13.

The Bloomberg prediction is that Costa Rica has only a 22% chance of beating the Colombians or say the the Colombians are favoured with a 78% change of winning.

Both teams face some serious challenges ahead.

Costa Rica needs to beat Greece first on Sunday and then face the likes of Mexico, Holland, Belgium Argentina, Switzerland or the United States over two games before it can go head to head with the Colombians.

For the South Americans, they their possible opponents include Uruguay, Brazil, Chile, Nigeria, France, Russia and Germany.

In Costa Rica, a Tico and Cafeteros showdown will be interesting. There is a lot of national pride, on both sides, at stake. Also, Colombians are one of the largest foreigner group in the Costa Rica.

One Colombian friend has said , “Colombians will leave Costa Rica if the Ticos take World Cup from us.”

Pack your bags, “mijo”, because the “maes” plan to go all the way!

There are many legal ways to make money in...
Pura Vida