Blogger Calls US Ambassador To Costa Rica “Dumbassador” For Video 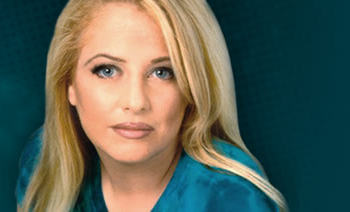 Political commentator, film critic and blogger Debbie Schlussel calls President Obama’s hand-picked U.S. Ambassador to Costa Rica, Anne Andrews, “Dumbassador”, for enlisting Embassy employees in the ridiculous music video  (a parody of PSY’s “Gangnam Style”) to encourage Costa Rican’s and others to get more visas to go to the U.S., as if we have a shortage and need to “advertise” to get more people to seek visas (and engage in visa fraud).

“As if we don’t have enough visa violators in our midst already (40% of all the illegal aliens in the U.S. are visa overstays and other sorts of visa violators). Ladies and gentleman, your tax dollars at work. Watch it and BARF…”, says Schussel on her blog.

“Hmmmm… I wonder why Dumbassador Andrews and her U.S. Embassy staff in San Jose, Costa Rica disabled comments on the YouTube page where they posted this. Could it be that I’m not the only one who thinks this ridiculous waste of time and money is cause for firing them all and just shutting down the embassy?

“Just how much time and money went into making this bad “Saturday Night Live” skit? Also, looks like they rounded up all the Asian employees in the Embassy and said, “You! You! And You! You’re playing PSY and his sidekicks in our dumb video. You’re Chinese? Well, you all look alike to us and the Costa Ricans”, says Schlussel.

Schlussel goes on to explain that Costa Rica has long been an important, strategically-located American ally, which was important, for example, in the fight against the Communist Nicaraguan Sandinistas. But this (video) is just a joke and does no service for America there.

“Costa Ricans – the few that saw this video – are probably thinking: “Hey, more dumb American gringos.” And laughing their asses off at us”, says the blogger.

Schlussel’s columns have been published in the New York Post, The Wall Street Journal, The Washington Times, The Jerusalem Post, amongst others. Her film reviews are posted on Andrew Breitbart’s Big Hollywood website. She hosted The Debbie Schlussel Show between 2002 and 2003.