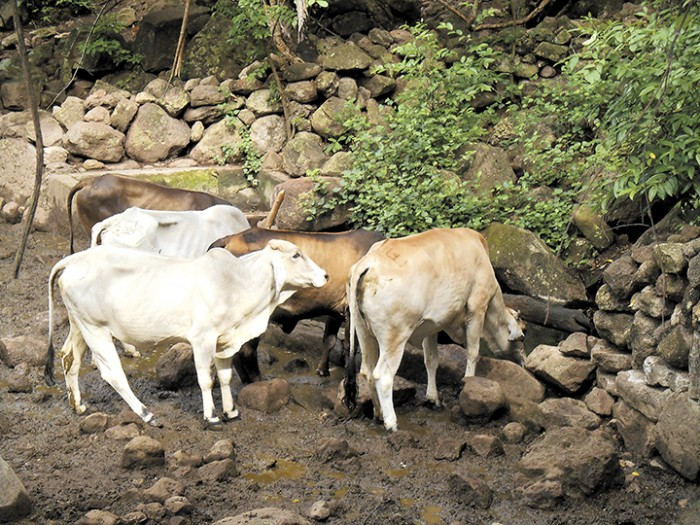 CENTRAL AMERICA NEWS  –  Authorities at the Ministry of Health in Nicaragua have strengthened health checks at the border with Honduras due to the presence of paralytic bovine rabies in the department of Lempira.

Although health authorities have given assurances that the outbreak now poses no risk to Nicaragua, preventive measures are being implemented such as ” …Controls focusing on 100% of notifications of animals, domestic or wild, suspected of having rabies. ” So far Honduras reported 27 infected cattle in the village of Brisas del Ocotillo, municipality of Lempira.

The first lady and government spokesman, Rosario Murillo, told Laprensa.com.ni that “… We will keep strengthening surveillance of animals suspected of having rabies, and people injured by animals suspected of carrying rabies. The confirmation of the outbreak of bovine paralytic rabies in Honduras was made by the Pan American Health Organization at the Ministry of Health. ”

She added that “… We will coordinate permanently with the Institute of Food Health to exchange information, detecting cases in domestic-wild animals and preventing the outbreak from coming to Nicaragua. ”

Did EL Chapo Escape Or Deliberately Released From Prison?

(Q24N) To the world outside Mexico the elaborate escape of the...
Read more

(QCOSTARICA) A proposal has been made for the region to standardize...
Read more

We are all mentally exhausted by sitting in our...
Politics