Vaccination in Brazil, the second country with the highest number of deaths, could start in February 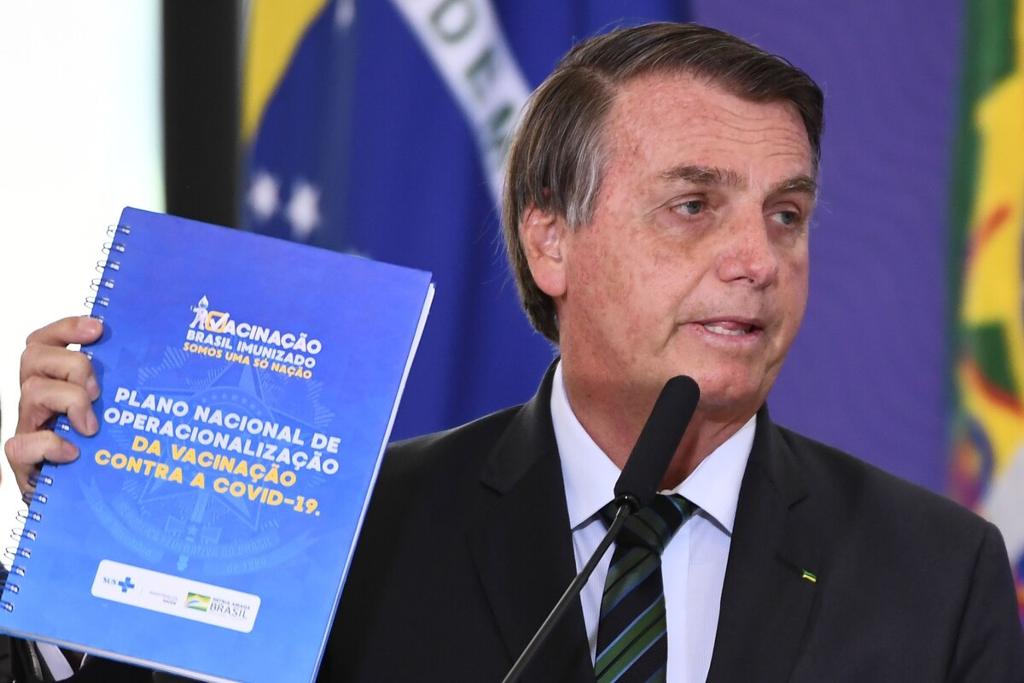 Q24N – Brazil president Jair Bolsonaro affirmed on Wednesday that the vaccination will allow his country to “return to normality”, the day after warning of the risk of side effects of the immunizers that are going on the market to contain the coronavirus pandemic.

The Minister of Health, Eduardo Pazuello, said – for his part – that vaccination in Brazil could begin in mid-February to face the disease, which has already left some 7 million infected and almost 183,000 dead, the second with the most deaths after the United States, in this country of 212 million.

Brazil’s health ministry said on Tuesday that officials expect to be able to vaccinate at-risk groups — the elderly, health professionals and native Brazilians — within four months of the vaccine’s approval, and all Brazilians within 16 months.

The statement followed a court order demanding dates for the start and end of the national vaccination program.

At the launch ceremony of the national immunization plan in Brasilia, Bolsonaro, who always minimized the severity of the virus and criticized the social isolation measures adopted by the governors due to their economic impact, acknowledged that the pandemic “afflicts” Brazilians “from the beginning”.

“After the storm, the bonanza. There are 27 governors with a single purpose, the common good, which is the return to normality,” said the far-right president.

He confirmed that this week he will order the release of 20,000 million reais (about US$5 billion dollars) to buy “the vaccine from that company that meets the safety and efficacy criteria of Anvisa (Brazilian health regulatory body)” and promised Brazilians that they will be able to get vaccinated “free and voluntary”.

Bolsonaro confirmed that Brazil has guaranteed access to 300 million vaccines, mainly those developed by Oxford University along with AstraZeneca pharmaceutical and Brazil’s Fiocruz foundation, as well as vaccines from the Covax Facility international initiative.

On Tuesday, in a television interview, Bolsonaro affirmed that he will not be vaccinated and raised doubts about the safety of the immunizers.

“I say: I am not going to get vaccinated. If someone believes that my life is at risk, the problem is mine and full stop (…). In the drug leaflet it is written that the company is not responsible for any collateral effects. That turns on a yellow light. Let’s start by asking people: ‘Are you going to get that vaccine?’

And he insisted on the need for a “preventive treatment”, which includes hydroxychloroquine, without medical evidence of efficacy.

Pazuello stated that “all the vaccines produced” in Brazil will have “priority” of the public health system, including the Chinese Coronavac, produced in Brazil by the Butantan Institute of São Paulo, the subject of controversy between Bolsonaro and the governor of this state, Joao Doria, targeted as his possible rival in the 2022 elections.

- Advertisement -
Paying the bills
Previous articleCovid-19 in Costa Rica: Hospitalizations reach critical, recoveries almost 80%
Next articleCosta Rica is among the most indebted in Latin America