QCOSTARICA –  Costa Rica will have a special visitor this seek, HIS Royal Highness Prince Mohamed Bolkiah, who will be attending the Seventh Forum for East Asia-Latin America Cooperation (FEALAC) Foreign Ministers’ Meeting on August 18-21. 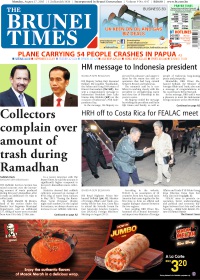 FEALAC is an association of 36 countries from East Asia and Latin America that came together for the first time to form an official and regular dialogue channel between the two regions.

The FEALAC was created in 1999 at the initiative of Chile and Singapore, with the objective of stimulating interaction and mutual understanding between the two regions, of promoting greater political dialogue, and of increasing cooperation in order to create opportunities for joint action in various fields.

The basic principles of FEALAC are: respect for sovereignty and territorial integrity of each country; non-interference in the internal affairs of other States; equality, mutual benefits and development promotion; respect for cultural and social diversity; and the prevalence of consensus in the decision-making process.