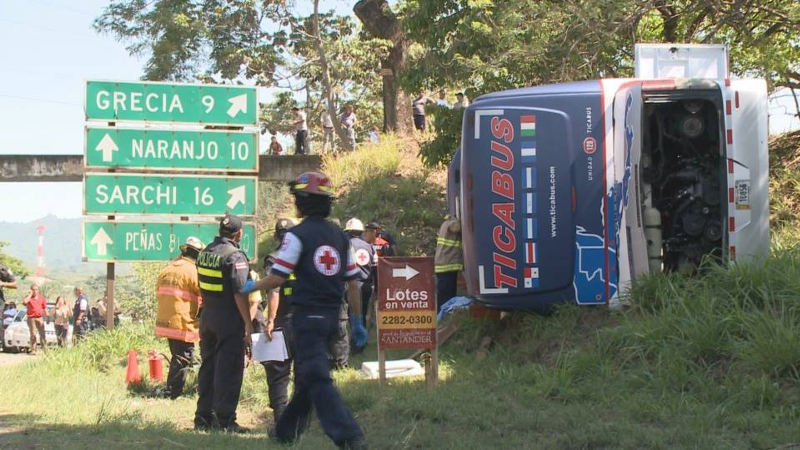 A heart attack suffered by the driver appears to be the cause of a bus with 50 passengers veering off the road and landing on its side, some 200 metres before the Grecia exit on the autopista Bernando Soto section of the Interamericana Norte.

Authorities say the driver of the Tica Bus managed to pull the bus off the road and landing on its side, climbing a small mound after sliding some 50 metres to avoid a collission after suffering cardiac arrest.

Unfortunately, the driver died later in hospital, was able to save all 50 of his passengers, some suffering only cuts and bruises,  while six suffering injuries that required to be taken to hospital. All are in stable condition. 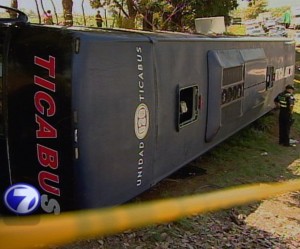 The accident occurred aroun 8:15am. The bus,  owned by Tica Bus that provides regular daily service between Costa Rica and Nicaragua, had left San José at 7:30am headed for Managua.

“The trip was normal, quiet. The driver was not speeding because there was a lot of traffic on the road. Suddenly the bus started shaking and then I felt it lean on its side. I never heard the screeching of the brakes”, a passenger told La Nacion, praising the actions of the driver. “He made the right moves”.

Most of the passengers interviewed had a similar story: nothing unusual about the trip until they saw the bus veer off onto the shoulder and then, all happening so quickly, the bus was on its side.

Red Cross workers attended to the driver who was still alive after the accident. The staff at the Grecia hospital emergency room confirmed they worked on the driver, identified as Marcelino Zúñiga Madrigal, 52 years of age, a Costa Rican and resident of Desa, for almost an hour.

“At 9:15am we called the death”, Dr. Stephen Guinee Mendoza told La Nacion. 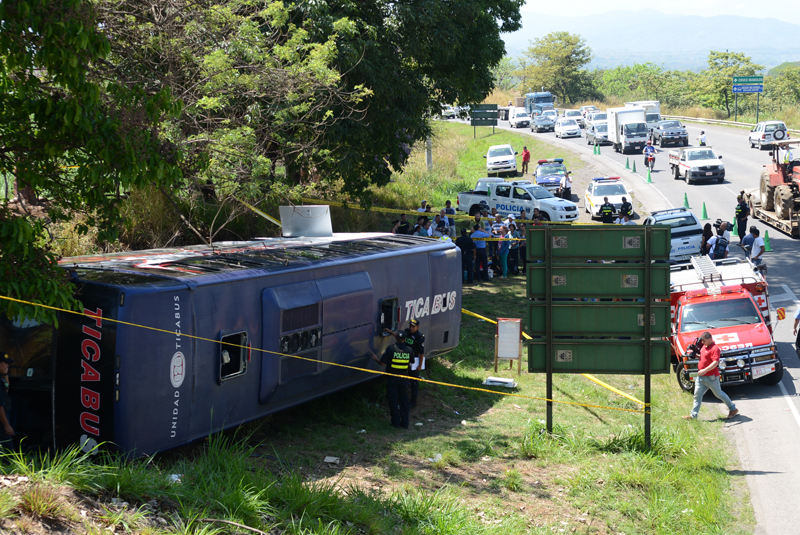 - Advertisement -
Paying the bills
Previous articlePanama Labour Disputes Continue Despite Elections
Next articleWhat Did I Get Into?

QCOSTARICA - Thursday morning, in an act full of...
Health