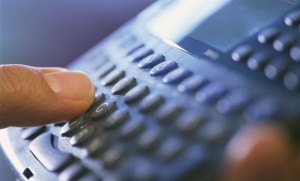 Prison is supposed to suppress criminal behaviour. Given the unpleasantness of prison life and the negative social stigma associated with incarceration, these should serve as deterrents to later criminal behaviour. Right? Well, that was not the case for one prisoner in Costa Rica’s maximum security prison, La Reforma in Alajuela.

A tracking of calls by an alleged harasser of young girls in Alajuela led authorities to the origin, the La Reforma prison, according to Edwin Retana, Deputy Prosecutor in Alajuela province.

Retana explained that they launched an investigation, that including tracing calls, when a series of school girls began receiving harassing calls. But did not elaborate on how they were able to track the calls back to the prison.

On April 1, the Alajuela Prosecutor’s office issued an alert to parents of receiving three formal complaints of girls, between six and fifteen years of age, receiving calls with sexual content.

Retana explained that after the warning they received eight more complaints, most from Alajuela, but also from Heredia and other areas.

The deputy prosecutor said that the calls came from differenet “SIM” chips from different cellular operators, making it difficult to determine who was actually making the calls. In one of the calls that was recorded, Retana said they could hear more than one voice, almost if a group of sexual predator prisoners getting together to make the calls.

In one case, the caller called the mother to ask to speak directly to the child, according to Retana.

Guillermo Arroyo, Director de Adaptación Social (prison system), said that in addition to constant checks of various areas of the prison, officials have to register the entry of a cell phone to the prison and carry a card indicating authorized use, and if someone does sneak in a phone are subject to an administrative process.