Lighter SideQToonsSports
By Rico
26 May 2014 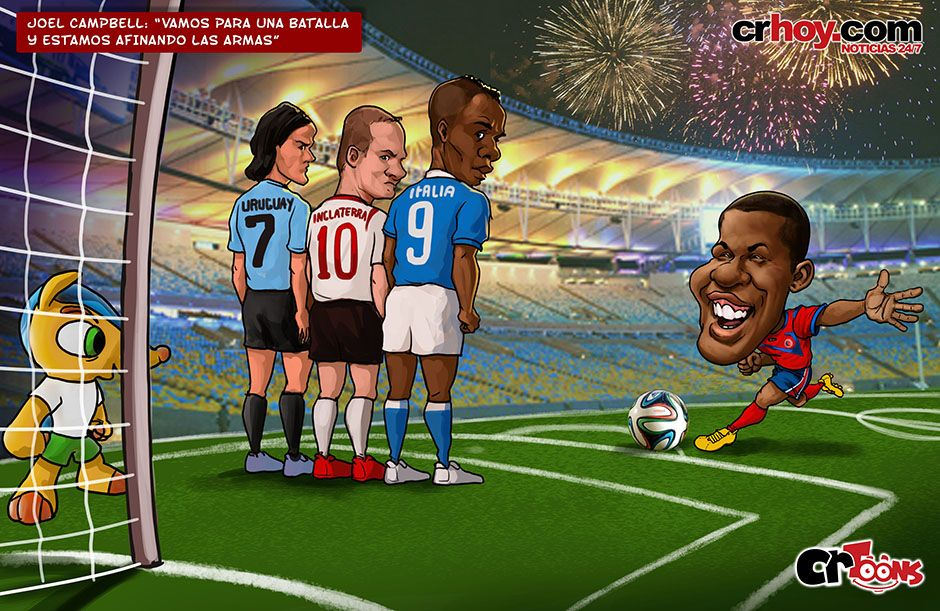 Costa Rica is grouped with Italy, England and Uruguay is opening play of the FIFA World Cup competition in Brazil that kicks off on June 12 and runs to July 13.

2014 is the fourth appearance by Costa Rican national team in World Cup play.

Costa Rica played their first game as a national team in 1921, a 7-0 win over Central American neighbours El Salvador. As they developed as a side, things weren’t always quite so easy, but after many years of manful efforts they finally managed to reach the world’s biggest football tournament in 1990, taking full advantage of Mexico’s suspension to reach the finals in Italy.

Once there, they beat Sweden and Scotland to reach the knockout rounds in an impressive debut under the care of wily boss Bora Milutinovic, where they lost to Czechoslovakia. They returned to the world stage in 2002 after narrowly failing to reach USA 1994 and France 1998.

Drawn into a tricky group alongside eventual champions Brazil and semi-finalists Turkey, the valiant Ticos went out at the first hurdle, the same stage where they would make their exit in a significantly poorer showing four years (2006)  later in Germany.

- Advertisement -
Paying the bills
Previous articleCalls From Sexual Harasser Of Young Girls Came From Within La Reforma Prison
Next articleTravel Agents, Taxi Drivers and Even Office Jobs Are On The “Extinction” List

TODAY NICARAGUA – “The Nicaraguan delegation has been able...
Indicators