Can Maduro Remain in Power As Venezuela Erupts in Protest? 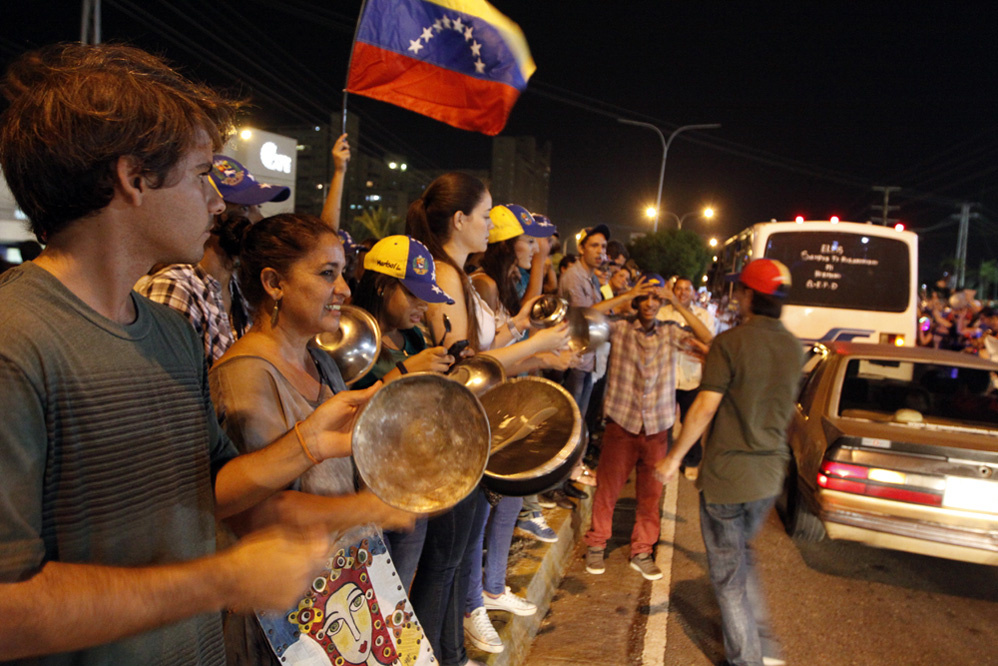 (PANAMPOST) When do the events that lead to the end of an authoritarian regime begin to accelerate? Nobody can tell for sure.

In the case of Poland, for example, a trade union called “Solidarity” organized the strikes of 1980, which became the crack in the dike for communism. Meanwhile in Romania, the situation began with protests in Timisoara.

So will Villa Rosa be the Timisoara of Nicolás Maduro’s government?

After returning to Bucharest from an international tour in Iran, Nicolae Ceaușescu discovered he had lost control of his country. A few days later, he would lose his life.

It was his arrogance during his final days — refusing to see what was obvious to everyone else — and trying to repress popular protests — that accelerated his fatal end.

President Maduro has been stumbling around in Venezuela for a long time. But a breaking point seems to have been reached this last week.

On Thursday, September 1, there was a mass demonstration in Caracas that left President Nicolás Maduro dizzy from a technical knockout. The government attempted to confront it with threats, road closures and reports of an attempted coup. On Friday, Maduro himself had to flee Villa Rosa, located on Margarita Island, after several residents of the village confronted him with pots and pans.

The government’s response to these events, however, has been worse than the events themselves: they responded to the monumental but peaceful opposition protest in Caracas (proving Maduro and his people — who announced they expected violent actions from the protesters — quite wrong) by posting a fake picture of the alleged Chavista concentration on social media.

Their lie was exposed given that some buildings (built in Caracas in 2013) did not appear in the image, which forced Diosdado Cabello to issue an apology.

In the case of Villa Rosa, Minister of Communication and Information José Luis Marcano, said the cacerolazo in Margarita never happened. However, the authorities raided the buildings of the area and arrested more than 40 people (who were gradually released). Since that day, Nicolás Maduro has not been seen.

More than 72 hours later, public officials responded by marching “in solidarity with Maduro” in that same neighborhood of Margarita. It prompted a response worse than the cacerolazo.

Maduro cannot invent an international tour to cool off a bit; most likely, only Bolivia and Nicaragua would receive him. Even Cuba has announced that they asked Russia to provide oil to the island given Venezuela’s “supply difficulties.”

Maduro cannot ask Mercosur for help because Venezuela is completely isolated. China already told him he must pay his debts if he wants more money. If Maduro looks for help on the inside, he finds a country whose people find him completely revolting.

Villa Rosa demonstrates that Maduro will maintain power by all means — democratic or otherwise. That means he will continue to repress those who speak out against him.

His administration has now imprisoned journalist Braulio Jatar and accused him of carrying thousands of dollars in his car. Moreover, it’s threatening to leave Villa Rosa without any food.

- Advertisement -
Paying the bills
Previous articleChávez Without The Charm
Next articleWhat’s With All The Drumming?

QCOSTARICA - After years of deterioration and antiquity, work...
Chile