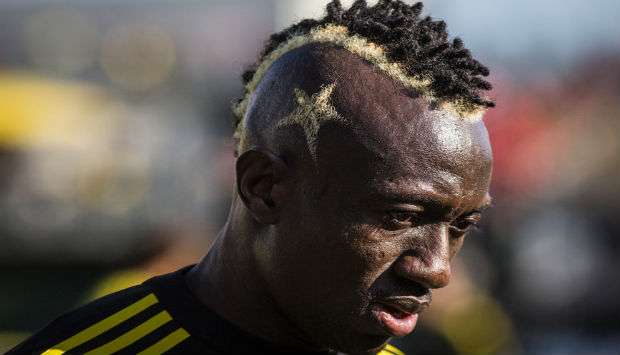 QCOSTARICA SPORTS – Montreal Impact winger Dominic Oduro claims fans of Alajuelense were racist towards him as the Canadian side reached its first CONCACAF Champions League final, last at the Morera Soto stadium in Alajuela.

Oduro set up the opener, but, were beaten 4-2 in the second leg in Costa Rica. However, the Canadians advanced through to their first ever Champions League final on away goals.

Oduro alleges after the match that he was targeted by “monkey noises” during the game, every time he touched the ball and insisted that the home fans should be ashamed of their actions.

Oduro tweeted: “So sad that in this generation some fans still make monkey noises when black players are playing the game.

The Alajuelense could receive a heavy fine from CONCACAF if the referee reports the situation.

“Shame to all #alajuelense fans.” He later added: “Say no to racism on the field.”

Oduro could play in Costa Rica again in the two-legged final as Club Herediano hold a 3-0 advantage over Mexican side Club America ahead of the second leg of their last-four tie.

- Advertisement -
Paying the bills
Previous article“Easy Taxi” Now With 1,600 Drivers In First Year in Costa Rica
Next articleGovernment Backs Down On Gag Law On Radio and Television

QCOSTARICA - An eight-year-old boy who had no risk...
Venezuela