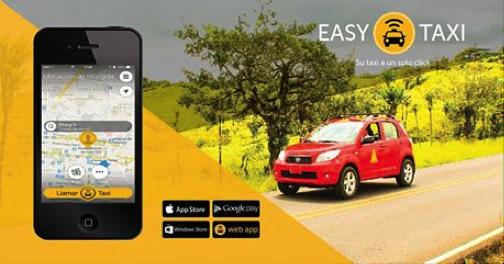 QCOSTARICA – Getting a taxi in Costa Rica has been easier (no pun intended) with the Easy Taxi app, that now claims to have some 1.600 affiliated taxi operators.

The figure was released by Randy Cottin, regional manager for Easy Taxi in Costa Rica and Panama.

The company representative explained taxi drivers affiliated with the app can make an average of 7 more fares daily. “In the last three months we have doubled the number of fares through this service, for users and taxi drivers have seen the app as a safe tool” Cottin said.

According to the company, Easy Taxi currently represents 25% of the taxis in areas where the application is present: San José, Heredia, Alajuela (in the area of the airport), and Tres Rios on the east side of San Jose.

‘Easy Taxi’ was born in Brazil in 2011 and currently has over 400,000 member drivers worldwide. In Costa Rica, the app has been operating since March 2014.

Today, Friday, June 18, vehicles with plates ending 9 & 0 CANNOT circulate The measure is countrywide and applied between 5:00 am and 9:00 pm,...
Entertainment