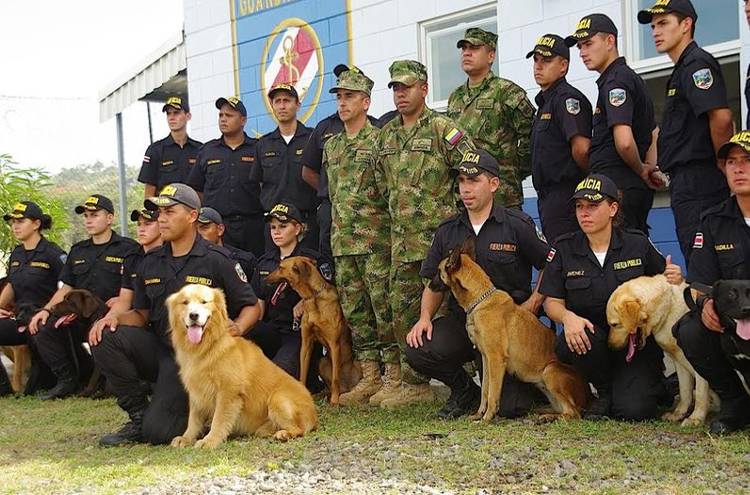 After three months of  arduous training,  21 dogs on Friday completed their training to now begin their work, along with their official guides, to sniff out  illegal drugs and explosives and for the first time in the art of currency detection.

The training was provided by Colombian officials, thanks to an international cooperation agreement.

The officials and their dogs will be on duty in parks, schools, airports and aboard aircraft, shipping docks and containers, border posts and ports, among others.

The specialized unit is made up of 18 men and 3 women, belonging to various departments and regional offices of the Fuerza Pública (police), the Canine Unit and Coast Guard.

Of the 21 police dogs – among them Golden Retrievers, Belgian Shepherds and Labradors – 2 are specialized in the detection of explosives, 2 in currencies and 17 in drugs.

The dogs were donated to the K-9 unit of the Ministerio de Seguridad Publica.