Cartago To Rent Bicycles To Get Rid of Traffic Congestion 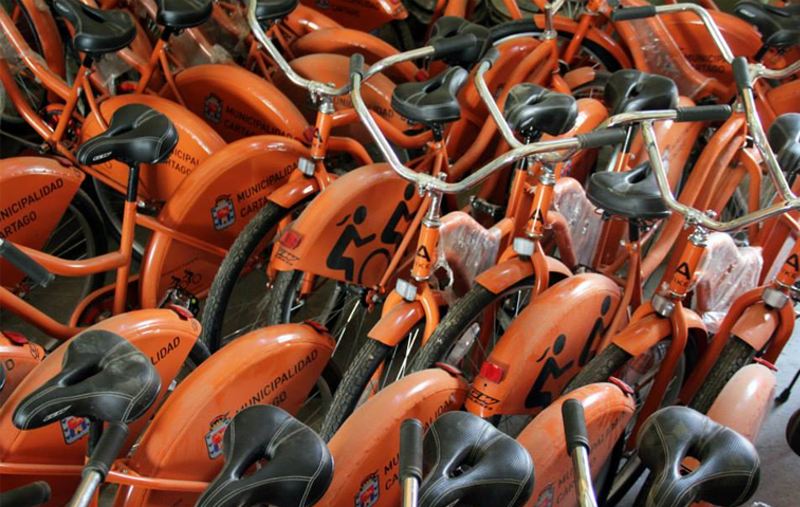 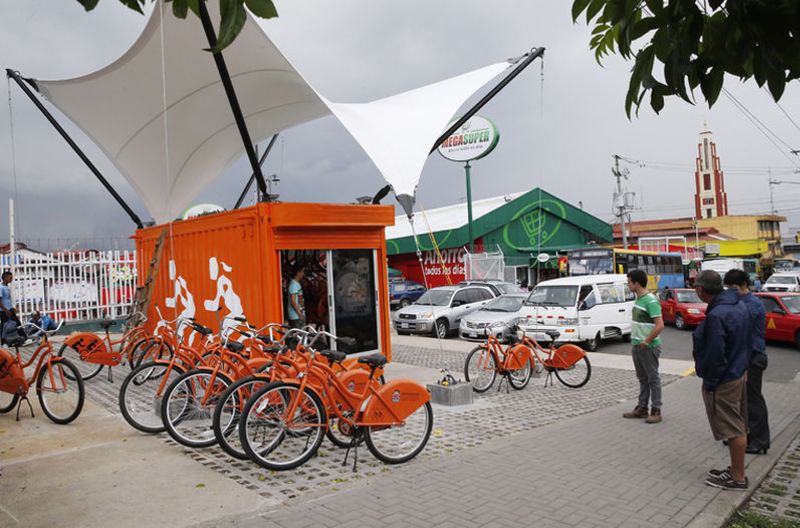 COSTA RICA NEWS — With the goal of decreasing the use of the car, mitigating traffic congestion, protecting the environment and improving the health of people and cleaner form of transport, the Municipalidad de Cartago, will be within a year launching a public bicycle rental service.

The plan, which would cover an area of less than five kilometres, seeks to lower emissions and boost physical exercise, said Cartago Mayor and supporter of the initiative, Rolando Rodríguez.

Starting today (October 15), BiciPúbliCartago is launching a one year pilot plan, providing 100 bicycles for use by students of the Tecnológico de Costa Rica (TEC), the Colegio Universitario de Cartago (CUC) and the Colegio Jorge Volio.

Students, fully identified, may use for free the orange bikes for up to 90 minutes. The cyclists will have three stations: one in the central train station,  and one each at the TEC and CUC campuses.

Rodriguez explained that the pilot will allow document experiences to improve service and rules of use when extended to more users.

The future
To prevent loss or theft, bicycles will have a GPS chip for location and the cost would be less than a bus ticket.

“We will ask for identity card and adults, with children under 18 we will require parental permission to use the service. Yes, we want something easy and accessible to all,” said Rodriguez.

The plan includes 12 stations in addition to the three of the pilot program. Rodriguez said that he is calling on banks seeking financing for the project.

Pilot Plan
BicipúbliCartago pilot plan is part of the Healthy and Sustainable Mobility Project, organized by the Municipality of Cartago with the support of the Dutch Embassy and A Foundation.

The BicipúbliCartago project consists of two phases. The first phase begins in the second half of 2014 with the opening of three bike rental stations, called Bicidores due to the fact that they are designed with the use of shipping containers. 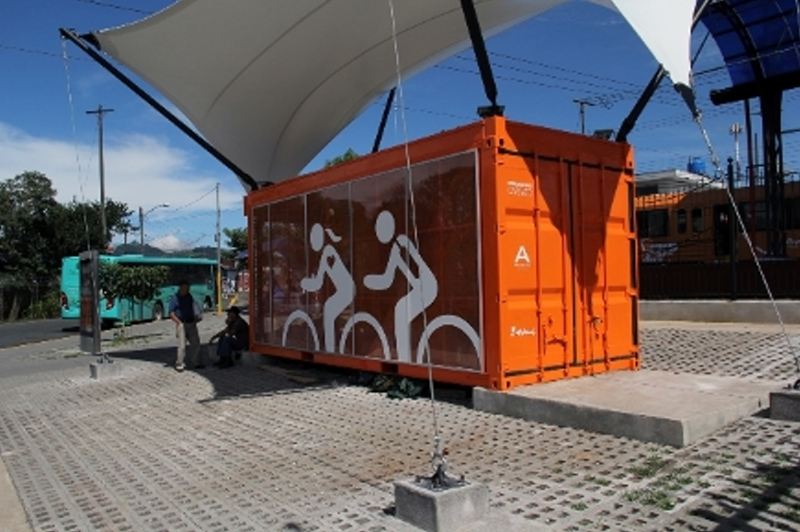 In the first phase, the project provides free use of bicycles to the students and teachers of the CUC and the TEC by registering with their university card. In the second phase, the bikes will be available to the entire population, due to a security and payment system, which will be developed by international specialists in collaboration with the TEC. This second phase of BicipúbliCartago will be implemented in the second half of 2015.

The stations are designed by A Company, in collaboration with the Municipality of Cartago. The Bicidor at the railway station will complete the first intermodal transport hub in the country, since in the same place several public transport stations (bus and inter-city trains) will be connected with the bike rental station, which allows users of the system to switch amongst different modes of transport in order to arrive fluidly at their final destination.

The architecture of the BicipúbliCartago system reflects the projection of Cartago towards its modern and sustainable future.