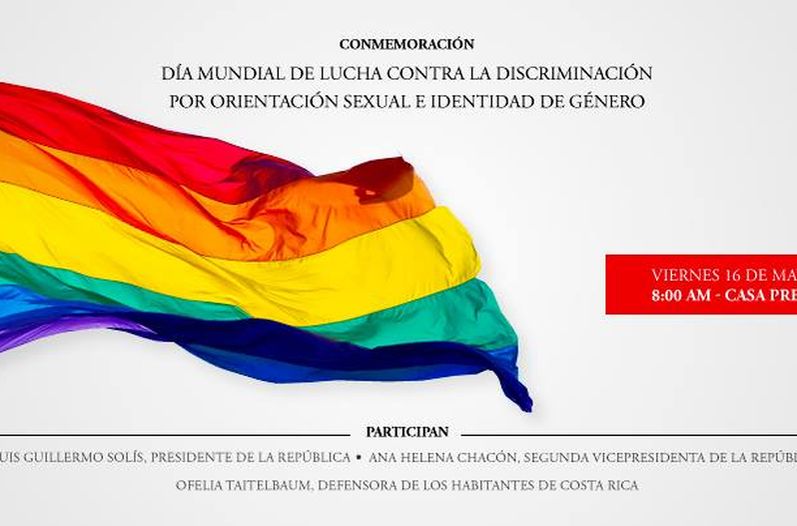 Casa Presidencial will for the first time in the country’s history hoist the flag of sexual diversity, in commemoration of the World Day to Combat Sexual Orientation Discrimination.

That is the word from the Prez himself, Luis Guillermo Solís, on his official Facebook page.

“The goal is to promote tolerance, repudiate all forms of discrimination and tell the Costa Rican Presidential House is all. The idea is that the flag is in several public institutions,” said Vice President Ana Helena Chacón, who will be participating with Solís in the official ceremony, Friday, May 16 at 8am.

To become a successful gambler in the online industry, there is a lot to cover. It can be known to be a vastly different...
Front Page

QCOSTARICA - It's five in the afternoon on any given Wednesday in San José. Hundreds of people returning to their homes begin to crowd...
El Salvador