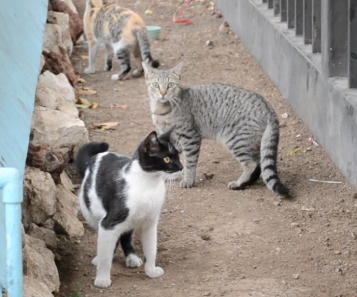 Nobody knows how many there are in total or where they came from, but they have been seen regularly in and around the Legislative Assembly building. Some days are just a couple, sometimes four cats, others times five and seven. One cat even gave birth below the Christmas portal.

While they are seen in the day, it is at night when they become most active, as the sun goes down, the cats roam the halls and the roof of the empty Legislative building.

Some say the cats have been around for several years.

QCOSTARICA - If you are out and about this...
News