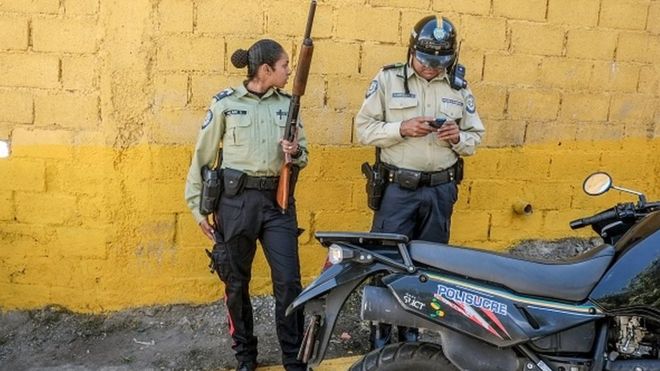 TODAY VENEZUELA – Authorities say they have arrested six children in connection with the killing of two soldiers.

The soldiers, two sergeants from the national guard, were stabbed to death near a bar in the capital, Caracas, last weekend.

The crime has shocked the country, as the ages of the children now in custody range from six to 15 years.

They are said to belong to a gang called Los Cachorros (The Puppies).

The sergeants, Yohan Borrero and Andres Ortiz, were wearing civilian clothes at the time of the attack.

They were smoking cigarettes outside the bar in the early hours of Sunday when two children approached them and stole one of their bags.

They promptly ran after them but were met on a dark street by several other children with knives, police said.

The sergeants were overwhelmed by members of the gang, who stabbed them several times.

One of the men died on the spot, while the other died later at a hospital.

Venezuela has one of the highest murder rates in the world.

The Venezuelan Observatory of Violence group estimates there were 28,479 violent deaths last year, that is 91.8 per 100,000 residents.