Whether or not Xi Jinping will prove to be the political reformer that many hope for (probably not), one thing China’s president has changed is the leadership’s soft power strategy.  As Xi and his wife, Peng Liyuan, proved yet again in Costa Rica, China’s first couple are soft power champs.

On Monday, Xi and Costa Rican President Laura Chinchilla signed deals worth almost $2 billion, including upgrades to an oil refinery and public transport.

“Relations between China and Costa Rica could well become a model of co-operation between countries of different sizes and national conditions,” Xi said after his meeting with Chinchilla. Costa Rica is the only Central American nation that has diplomatic relations with Beijing.

The president and his wife then visited a Costa Rican coffee plantation and the farming family which owned it, producing the adorable photos you see below that circulated in the China press on Tuesday. 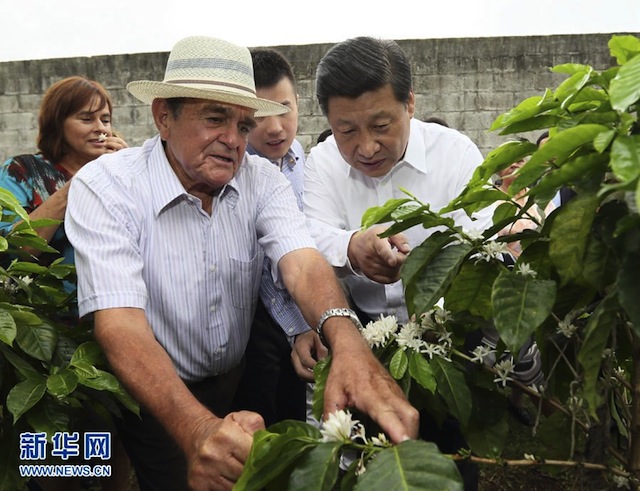 QCOSTARICA - The Ministry of Health issued a new guideline on Thursday that establishes the requirements to request the vaccination certificate against covid-19 in...
Redaqted

Today, Tuesday, June 8, only ODDS can circulate. The measure is countrywide and applied between 5:00 am and 9:00 pm, save for those under the...
Expat Focus

By Amy Gdala, Guest Contributor - The US has a surplus of vaccines, while Costa Rica is struggling to supply sufficient numbers to citizens...
Environment