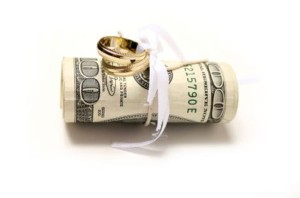 Costa Rica’s Civil Registry and Attorney General’s office are seeking to annul 221 marriages between Costa Ricans and foreigners, who, apparently, were fictitious.

According to authorities, these sole purpose of these “marriages of convenience” was to facilitate the foreigner obtaining Costa Rican citizenship.

Ana Lorena Brenes, of the Attorney General’s office, reports that they have already been able to annul eight bogus marriages in the San José Family Court. Eighty more are before the courts.

Luis Guillermo Chinchilla, director of the Civil Registry, says that 221 suspected cases have been investigated and referred to the Attorney General to effect an annulment.

Chinchilla explained that many complains arise because, when a foreigner files for naturalization by marriage, the Costa Rican spouse named in the documentation is notified, and denies the link (marriage). In such cases the Registry passes on the documents to the Attorney General to follow up with an investigation.

Chinchilla said that most of these marriages were by notary public. “We are not doubting the Notary. We are confirming the link”, Chinchilla told La Nacion.

In Costa Rica, notaries file the paperwork with Civil Registry to legalize a marriage. Notaries can be lawyers, but not all lawyers are notaries.

Marriages of convenience have been common for some time  in Costa Rica. For little money a Costa Rican national lends his or her name to a document, allowing the foreigner to the file for naturalization. Payments for this service can range on average from ¢5.000 (US$10) to ¢50.000 colones (US$100). 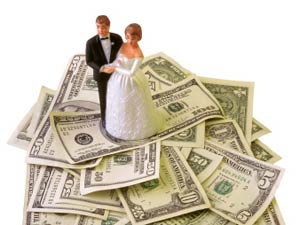 In terms of nationalities, most are Cubans, Colombians and Nicaraguans who use marriage to naturalize in Costa Rica. However, there are more: Americans, Canadians, Europeans and Asians are all on the Registro’s list.

Just last week, it emerged that the alleged leader of the largest money laundering operation in the world obtained his Costa Rican citizenship by paying ¢200.000 colones (US$400) to a street seller. The marriage of Arthur Budovsky, a Ukrainian-born American who was nabbed by authorities in Spain, was registered in 2008.

Gabriel Morales Fallon, the Colombian linked to the controversial use of a THX Energy airplane by Presidenta Laura Chinchilla, is another high profile case of an arranged marriage. Morales married a Costa Rican to obtain his citizenship and then divorced.

A foreigner who obtains Costa Rican citizenship can avoid being extradited to his/her country for crimes committed there.

Although, as in the foregoing cases, it is commonly thought that only Costa Rican women sell their names to such marriages, there are a large number of Costa Rican men who do the same.

The arrangement is simple enough. The Costa Rican, contracted usually by a third party like the notary or lawyer filing the marriage paperwork, allows the use of their document to register the marriage and the foreigner to file for citizenship. In the majority of the cases the foreigner and Costa Rican never meet, all they know of each other is what is on the documents.

The Costa Rican spouse does not have to file or even sign the naturalization documentation filed by the foreigner.

Typically the marriage lasts for as long as it takes for the naturalization process, ending when a divorce is filed by foreigner after receiving his or her “cedula”.

In most cases the process works without a hitch. However, there have been cases where the arranged marriage comes to the attention of authorities when the Costa Rican files a complaint, some because they now intend to marry someone (a real marriage) or have a child. Sometimes, however, the Costa Rica alleges a fake signature.

In the past decade, Costa Rica’s immigration service was forced to give 1.700 immigration visas to aliens who where married to a Costa Rican national, after the Constitutional court ordered the marriages be recognized.

In 2008 the Attorney General’s office began building the legal argument to support that marriages of conveniences be annulled, if they were proven false.

The Constitutional Court affirmed that the State may require demonstration of married life. Consequently it is not permissible to use only the figure of a marriage for the purpose of naturalization, to that end relying on international treaties and the Family Code.

Starting in 2010, the Civil Registry and Attorney General’s office coordinated the study of suspected cases of marriages of convenience.

QCOSTARICA - The residents of the Central Pacific endured heavy rains Monday afternoon, June 7, hardest hit the town of Quepos, where the streets...
Nicaragua