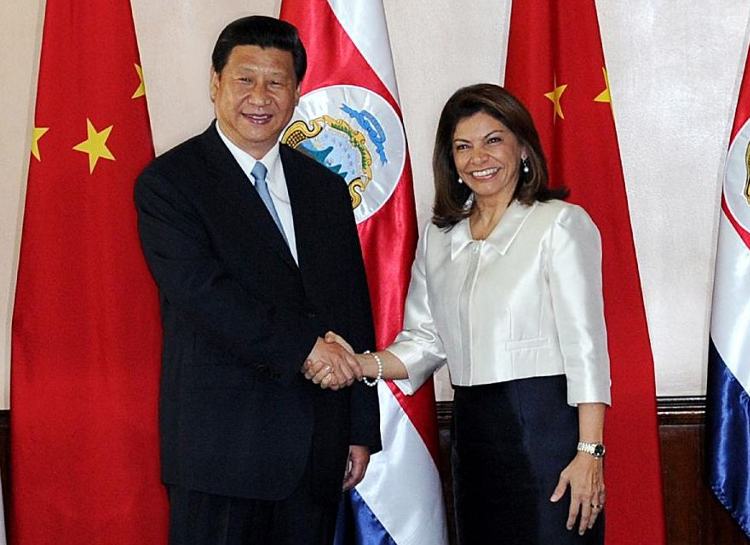 The visit by China’s president Xi Jinping on Monday was very good for Costa Rica, as the two countries signed nine cooperation agreements totaling more than US$1.5 billion that will provide resources for improving Costa Rican roads and public transit fleets, purchasing solar panels and the building of a new police school. 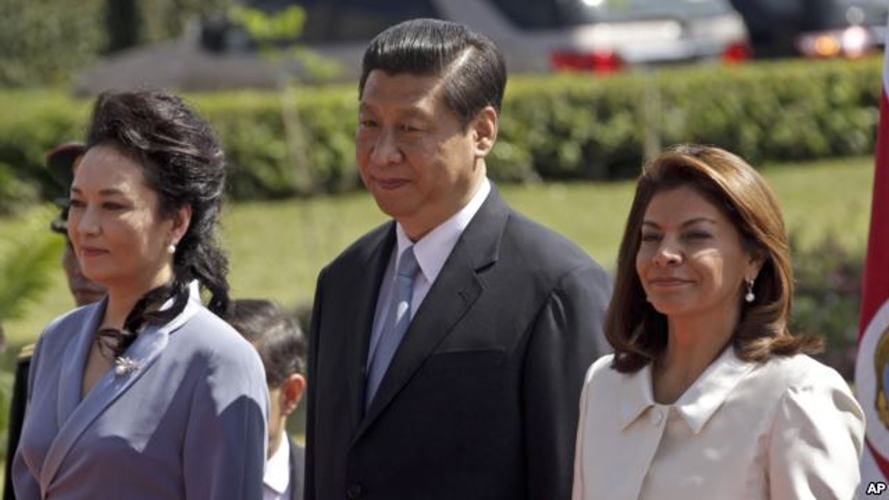 China’s President Xi Jinping, center, and his wife Peng Liyuan, left, stand alongside Costa Rica’s President Laura Chinchilla as they listen to their national anthems at a welcoming ceremony at the presidential house in San Jose, Costa Rica, June 3, 2013.

The biggest of is the US$900 million dollar line of credit to finance the expansion and remodeling of the Moín oil refinery in the province of Limón.

The refinery, in the Caribbean coast, is small and old and refines about 18,000 barrels of imported crude a day. The remodel could boost production to 65,000 barrels a day, with the Chinese sharing in the profits. Costa Rica sought help from China in updating the facility. 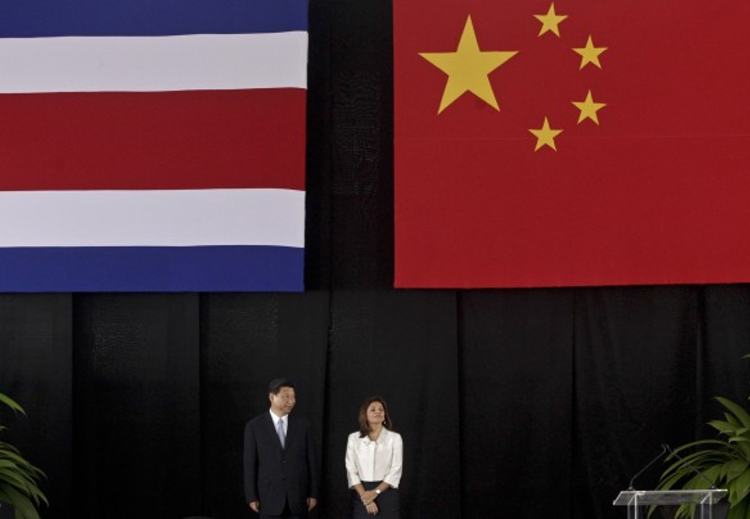 But the project is under debate as Costa Rican economists and politicians question the Chinese feasibility studies, and say the money would be better spent seeking alternative forms of energy.

Rene Castro, minister of environment and energy, said that the agreement only means having a line of credit available and that Costa Rica’s government still has asked state universities for analysis to determine whether the project is feasible.

To facilitate transportation between San José and Limón, the Chinese have agreed to lend Costa Rica US$400 million dollars to reconstruct and expand the Ruta 32. The loan money is to be used for road construction only, Costa Rica’s government will have to find financing for expropriations and relocation of utilities and other costs. The terms of the loan were not disclosed. A condition of the loan is that a Chinese contractor be awarded the project.

Among the other agreements, the Chinese ratified Costa Rica’s sanitary protocol to allow the export of pork to China, while the largest dairy business in the country, Dos Pinos, announced new exports of fresh and flavoured milk products.

Costa Rica will be receiving a donation of US$16 million dollars towards a police academy and 8.400 computers for use in public schools.

Agreements for the purchase of solar panels and funding for “clean energy” public transportation programs  were also inked.

The two countries also signed an agreement that will boost Chinese tourism to Costa Rica. 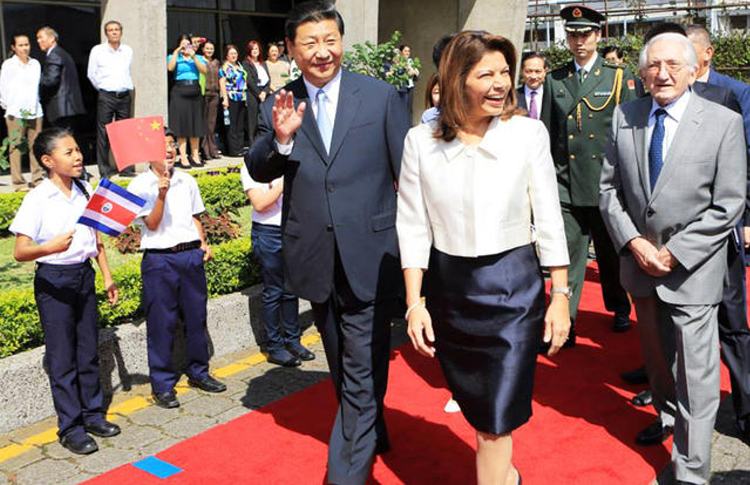 China has more than 100 million tourists traveling worldwide. Costa Rica’s Foreign Minister, Enrique Castillo, said Costa Rica will speed up the process for Chinese who already have visas from other countries, such as the U.S. and European Union, and will add people in the Beijing and Shanghai consulates to process paperwork quicker.

Castillo noted that if Costa Rica could get 500,000 of them (Chinese tourists), it would boost the country’s tourism visits by 25 percent.

Currently Chinese tourism to Costa Rica is very small because of visa problems.