The central government will pay out on December 12 some ¢208 billion colones to its 213,126 public sector workers with respect to the annual bonus 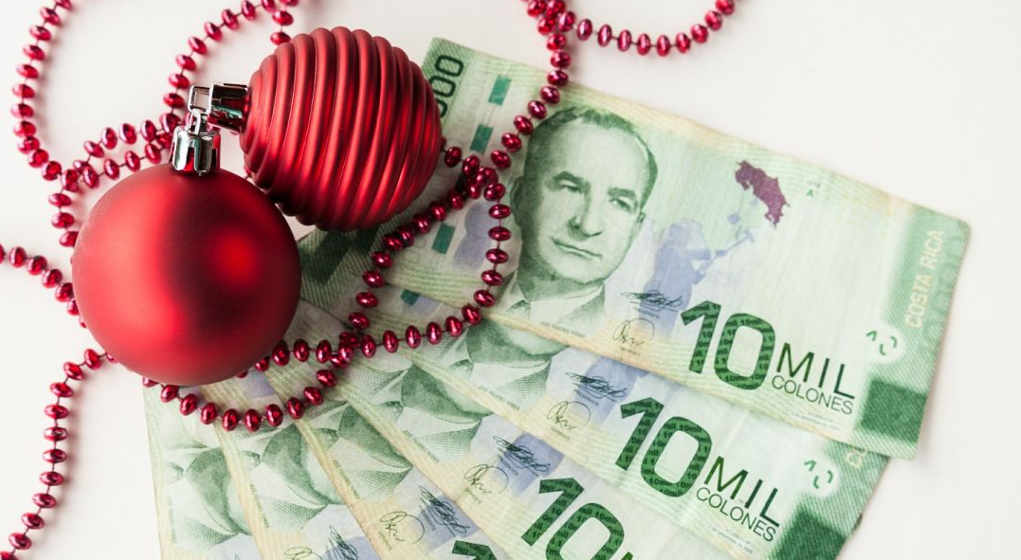 With ¢100 million colones received from the Banco de Costa Rica (BCR) for the ‘absorption” of the now extinct Banco Crédito Agrícola de Cartago (Bancrédito) and other financial maneuvering, the Ministerio de Hacienda (Ministry of Finance) announced that it will pay on Wednesday, December 12, the Aguinaldo to the 213,126 public sector workers.

Hacienda will direct deposit on Wednesday ¢208 billion colones to pay the annual bonus.

The Aguinaldo, payable by law to every salaried employee, is the equivalent of an average monthly Gross Salary (that includes overtime, commissions, bonuses, without reductions of social charges or income tax) between December 1, 2017, and November 30, 2018.

Want to know how much Aguinaldo you should be receiving? Click here for the Ministry of Labor calcualtor.

The law sets a limit of December 20, by when every employer must pay the Aguinaldo.

Typically, the central government pays the Aguinaldo in the first week of December. This year, given the state’s problem with cash flow, the payment of the Aguinaldo was delayed. Many, including the deputy minister of Finance, didn’t expect it to be paid before the legal limit of December 20.

There is no withholding applied to the Aguinaldo, with the exception of “pensiones alimentarias” (alimony), which is to be deposited, at the lastest, two days later, that is to say on December 14.

This December retail sales have been lukewarm, retailers cashing in on the Aguinaldo paid by private sector employers.

The big ‘cashing in’ will be this week, with a two-punch: the Aguinaldo and the mid-month paycheck (December 15).

Expect malls, big box stores and small retailers to be busy this coming week. And with that traffic congestion.