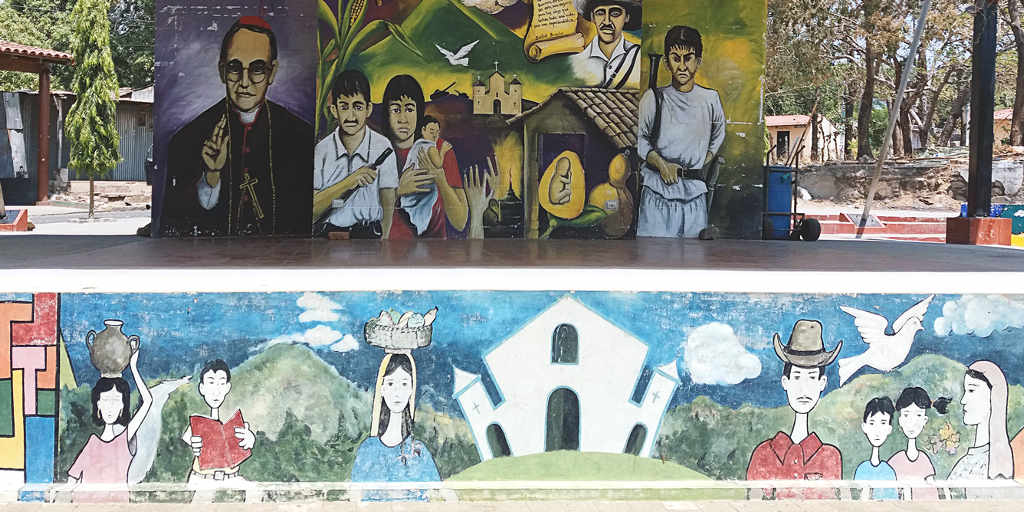 (Insightcrime.org)  With migrants fleeing murder and violence in droves and the evident flop of repressive policies in the Northern Triangle, gang prevention and rehabilitation programs seem evermore appealing. But their impact will continue to be limited unless governments invest time and resources in more effective, and long-term, strategies.

“There was this young kid, ‘Chucky’, they called him. We started pulling him into various programs. But it seemed he was coming along more to see what we were up to, take pictures and record audio and video.”

Juan Alberto Sánchez, the security coordinator for Villa Nueva’s municipal police, recalls the story of the 13-year-old boy and “The Exodus” (El Éxodo) community youth center as we patrol the violent Zone 12 neighborhood on the outskirts of Guatemala City.

“We would just let him do it and we would ask him ‘why are you filming us?’ And at the same time, we’d be roping him in and trying to get him involved in the activities [at the youth center]. He was drawn to the recreational activities … but it was complicated for him to participate directly because he had already started to get involved [with the gang].”

A community police officer, Sánchez is part of a preventive approach to the gang problem launched by local authorities. They try and redirect local kids away from gangs by offering alternatives, like cultural activities.

It wasn’t enough for Chucky. The young man quickly rose in the hierarchy of the Barrio 18 gang, which left little time for anything else.

“Every time he would go up in the hierarchy, Chucky would become a little bit more aggressive… It was really interesting to see how sometimes he would just disconnect, and all of a sudden — it would hit him, he had a duty, and he would tell us ‘I’ve got to leave.’

“When he was 17, we heard he had been ‘brincado’ (the ceremony to become a full-fledged gang member). He was sent to pick up extortion money from The Exodus… then he was killed by his very own gang.”

The Premise of Prevention

In the sprawling and infamous Rivera Hernández neighborhood of San Pedro Sula, Honduras, brand-new workout machines meet visitors at the “Centro de Alcance,” an outreach center for local youth. Pastor Arnold, who manages the center, describes the place as an oasis of safety, training, and recreation for kids.

In 2013, Rivera Hernández was the most violent neighborhood in the deadliest city of the world’s most homicidal nation. Violence, coupled with poverty and lack of opportunities, made it a prime recruitment ground for gangs.

“The kids around here don’t have anything to do, they take drugs, steal… we had to find them a place where they could relax and carry out healthy activities,” Arnold explains.

For years, the general consensus has been that such US-funded programs dealing in primary prevention — prevention with at-risk youth that have not yet meddled with gang activities — have had a positive impact. Rivera Hernández was the first Honduran neighborhood to see such a center back in 2009; there are now 65 throughout the country, aimed at providing vulnerable youth with “a second home.”

In Villa Nueva’s Zone 12, police officer Sánchez insists that local prevention work has helped contain some of the gang violence.

Violence prevention strategies have also been successful in other countries. In Colombia, for instance, non-repressive strategies have been praised for their impact on street gangs. In Ecuador, authorities have gone so far as to legalize gangs to reintegrate its members into society.

But these strategies have limits.

The scarcity of scientific data on the impact of prevention programs in Guatemala, El Salvador, and Honduras make any objective evaluation, at best challenging and at worst impossible.

The strong US politicization of the migration issue only promises to cloud the needed scientific debate.

In addition, these types of projects usually lack the resources needed to tackle one of the primary risk factors for gang recruitment: a disrupted household.

“They work up to a point,” Quique Godoy, a former vice mayor of Guatemala City who also worked for USAID on prevention told InSight Crime. “But when you get back home, there’s a single mom, who works between 18 and 20 hours a day to be able to make ends meet … or she has a violent partner … it [pushes] you away from home to look for someone who protects you, and that’s where the gangs are.”

The control that gangs have on their territories make it particularly difficult to reach a large number of vulnerable kids as they cannot cross invisible borders without risking their lives.

A former gang leader interviewed by InSight Crime just a few blocks away from Rivera Hernández’ youth center said the kids from his area couldn’t set foot in the place.

The fact that prevention strategies are not resolving the security crisis in the Northern Triangle does not mean they should be forgotten.

Homicide levels in the three countries remain among the highest in the world; internal displacement and migration continue to be fed by gang violence; there is increasing evidence of human rights abuses by state agents; and a concerning criminal sophistication of the Mara Salvatrucha (MS13).

Central governments in the Northern Triangle seem to be completely indifferent to the potential of prevention strategies, including education and rehabilitation. Instead, they focus all energy and resources on repressive strategies.

“The problem [of gang recruitment] arises with the 12 to 14-year-olds,” Guatemala’s former Interior Minister Francisco Rivas told InSight Crime. “There are primary schools everywhere [in the country], but no secondary schools.”

Only two out of every 10 children in Guatemala attend secondary school, the former minister said, providing the gangs with a formidable recruitment pool in areas such as Rivera Hernández or Villa Nueva.

A lack of focus on women, the absence of any rehabilitation programs in jails, the list of additional problems fueling gang violence can seem endless.

But the potential of these prevention strategies does not seem to be interesting those in power. A continued focus on immediate repression instead of long-term multi-faceted strategies is likely to continue, along with the violence.

- Advertisement -
Paying the bills
Previous articleChristmas Arrives. Hacienda Announces Payment of Aguinaldo On Wednesday
Next articleEpsy Campbell Is Out. Resigns As Chancellor And Sows Doubts Over Controversial Appointments