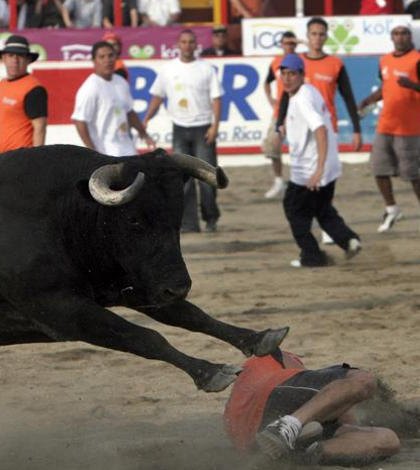 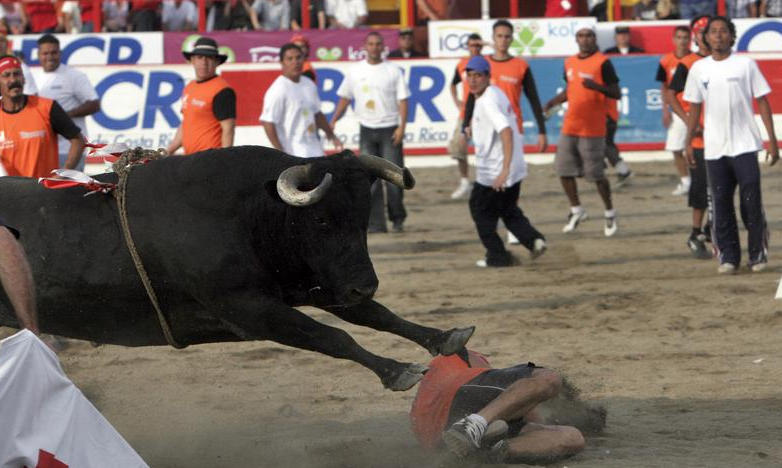 At noon today (Christmas Day) kicks off the Zapote Fair – the first of a series of annual fairs around the country.  The Zapote Fair for many is  tradition. It is a day for the family. And always starts on Christmas Day.

This year, however, better have a thick wallet with you, for the fair can get expensive.

A report by La Nacion calculates that this year’s visit to the fair will set back a family of four (two adults and two children) ¢55.000 colones (US$110).  That includes taking in some of the rides, food and the bull fights .

And that is getting to the fair early, taking in the 2pm bullfights at a cost of ¢8.000 per child and ¢13.000 for each adult. The evening bullfights are more expensive and may involve a taxi ride home for buses don’t run late.

This year, in addition to the “toros a la tica”, where people run in front of the bulls, there is Diversiones Stop with 15 attractions and Cuidad Magica with 17. Each ride costs ¢1.000 colones.

Then there is the “chinamo”  or ‘fair food’ in Spanish. Dishes include “manzana escarchada” and the “churro relleno” among many others. Typical chinamo food is greasy and definitely not for the health conscious. But, it is delicious!

A stop at the “baños” (bathroom) will cost ¢300 colones per person.

And what is a fair without cotton candy?

Taking the family to Zapote has been a long time event for many that includes taking their children and their children’s children.

However, another tradition is taking root, more one of economics, rather that doing without the crowds, the greasy food, the stinky bathrooms and the sticky seats in the redondel, that is watching the bullfights on television. Local television stations televise the event(s) live and free, just have to sit through the commercials.

At least one station brings you a live party edition every night. Not the same as being there in person, but…

The Zapote Fair runs from today noon until January 6.

The next important fair is in Palmares near the end of January. Puntarenas follows in the first weeks of February. Just about every small community has some type of fair going on during the “summer” or “dry” season.

PS. YOU CANNOT SMOKE IN THE OPEN GROUNDS OF THE ZAPOTE FAIR. Nor in the open air during the TOPE which is held on December 27 along Paseo Colon and Avenida 2.