NO SMOKING At Zapote! 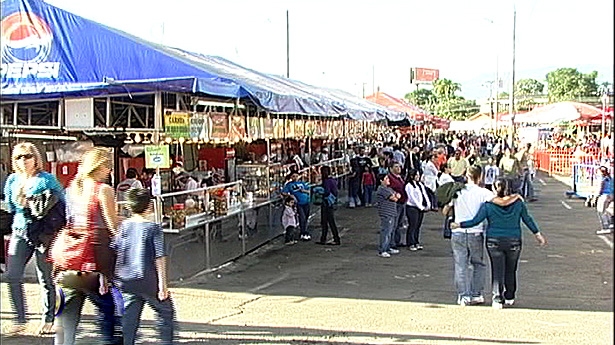 Bad news for smokers taking in the Zapote Fair – NO SMOKING ON THE GROUNDS, even though the fair is open air.

The Ministerio de Salud, the Policial Municipal and the Fuerza Pública will be on the look out for smokers who light up in contravention of the Ley Antitabaco (No Smoking Law) passed earlier this year.

The Ley Antitabaco does not permit smoking in “public areas”.

This is the first Zapote Fair since the smoking law went into effect. Also affected will be the “TOPE” in San José on December 27, the tradition horse parade along Paseo Colon and Avenide 2.

Also to be affecte by the smoking ban for the first time will be the upcoming Palmares and Puntarenas fairs, the second and third largest fairs behind Zapote.

Authorities are clear that anyone caught smoking will be issued a fine.

QCOSTARICA - The U.S. dollar with respect to the colon rose...
Read more

QCOSTARICA - As the country nears another record-setting increase...
National