Christmas is Here And It’s Not Even Halloween! 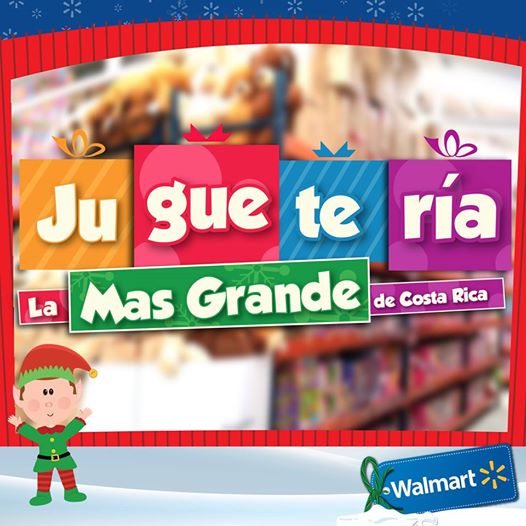 QCOSTARICA (TICO BULL)– Sip, it’s Christmas time in Costa Rica and it’s not even Halloween yet. Around the country retailers have already begun the Christmas shopping season, confirmed by television and newspaper advertising.

It may seem strange to Americans,something like their neighbours to the north (Canada for the geographically challenged) celebrating Thanksgiving in October.

There are good reasons for an early start to the Christmas season in Costa Rica: economics and geographic location, the top two.

On the first, many of the retail products come from China. Retailers in Costa Rica have to place their orders early (I believe like May or June), with shipments starting in August. The early timetable is allows China to focus on the bigger picture, the North American market.

By early October retailers in Costa Rica have received a good part, if not all, of their Christmas orders. So, instead of stocking it in the warehouse, they put it on the store floor. Pricesmart is an example, where the store is a warehouse, who have had Christmas going since last month.

On the second, economics, it’s just good business sense. Costa Ricans are accustomed to lay-aways (apartados), allowing them to purchase those items they can’t afford on a payment plan. The earlier the payment season starts, the more buyers and for the retailer. I call this a “Costa Rican win-win.”

And then there is the “aguinaldo”, the annual bonus that is paid to “every salaried” employee. Getting ahead of the aguinaldo is a strategy by most retailers in Costa Rica. They know well that giving the consumer ideas on how to spend their aguinaldo will translate into customers, sales and profits.

The reality is that, as I observed shoppers at Walmart yesterday (Sunday), no one was really buying Christmas stuff. Not even looking it at. The Christmas tree display for ¢41.000 colones (some US$80 bucks) has only one box missing. The aguinaldo is still six weeks away. Yet the store, at 5pm, was full.

Earlier in the day, before noon I just made it ahead of the crowd piling in at Pricesmart in Escazú. The store was jammed for a Sunday morning. I spoke to the cashier, Sandra, who told me it was worse the day before. Leaving the parking lot, my now empty parking space way back had become a premium spot.  I had forgotten than payday had come in the middle of the week, so it was normal for the weekend shopping spree.

PS. “Sip” is used by texters in Costa Rica to say “Si”. Uh? Why add the extra character, isn’t the idea to shorten one’s texting?