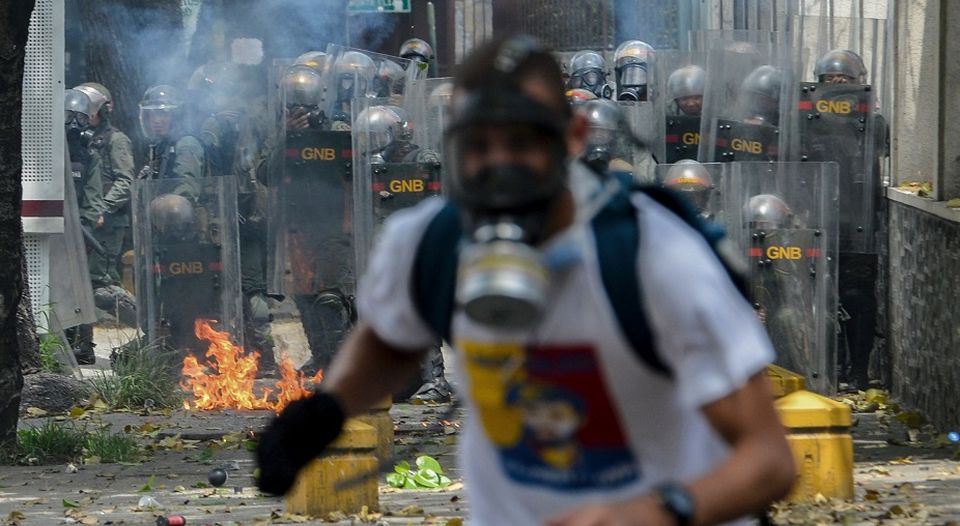 TODAY VENEZUELA – Tens of thousands of people were out protesting Wednesday in Venezuela, demanding that Socialist President Nicolas Maduro leave office. Organizers called this the mother of all marches, but there were clashes shortly after the march started. Police responded with tear gas. At least two people have died.

the government established roadblocks, deployed security forces and shut down the metro in preparation for what government opponents labeled the mother of all marches. The opposition is pushing for President Nicolas Maduro’s ouster.

Whether this was actually the mother of all marches is hard to say, but the turnout was certainly very large. In Caracas, there were more than 20 gathering points for these protests. By mid-morning there were some 10,000 people there waving flags and chanting slogans against the government, saying the government’s about to fall. 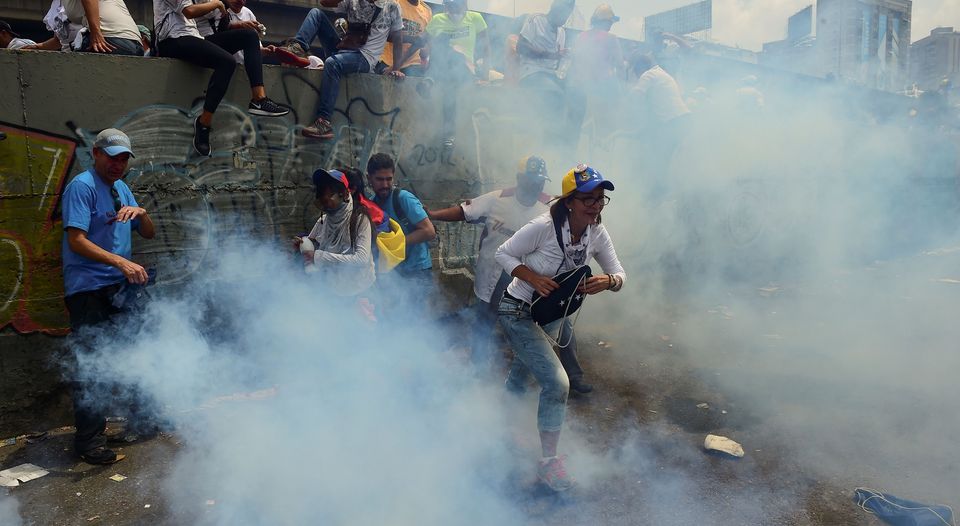 It wasn’t long before reports of violence began to emerge.

Among the casualties a teenager shot in the head while walking near a protest. He died on the operating table. And at one of many protests outside the capital, a woman in her early 20s shot in the western city of San Cristobal. The town’s mayor there has told the Associated Press that she was shot by pro-government supporters out on the streets because there was also a pro-government rally today. 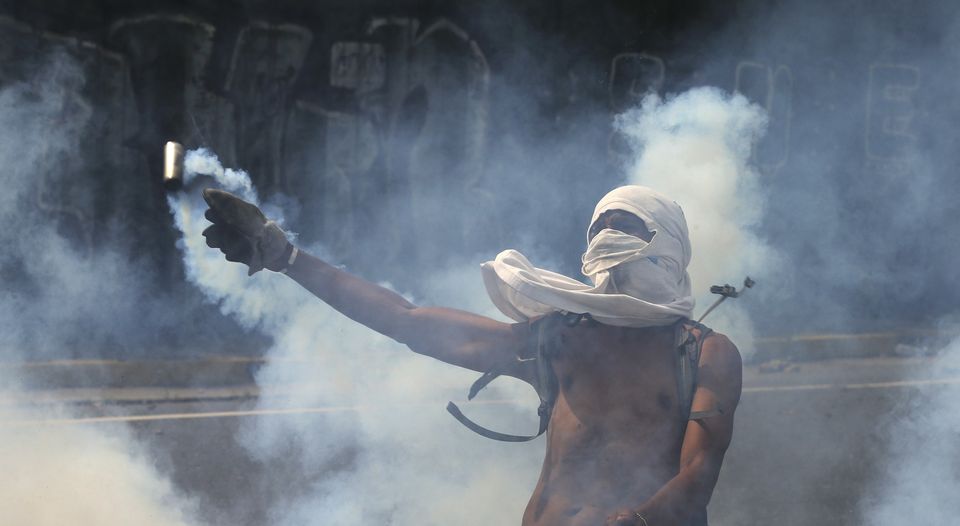 “The most simple thing is so difficult to achieve. We’re struggling each day, day after day, for even milk, bread,” said Louisa Mayorga, a lawyer from Caracas, taking part in the protest. “this is exhausting, but we won’t give up until we achieve a better country and democracy. This government, this regime is making our life miserable, and we cannot accept it.” 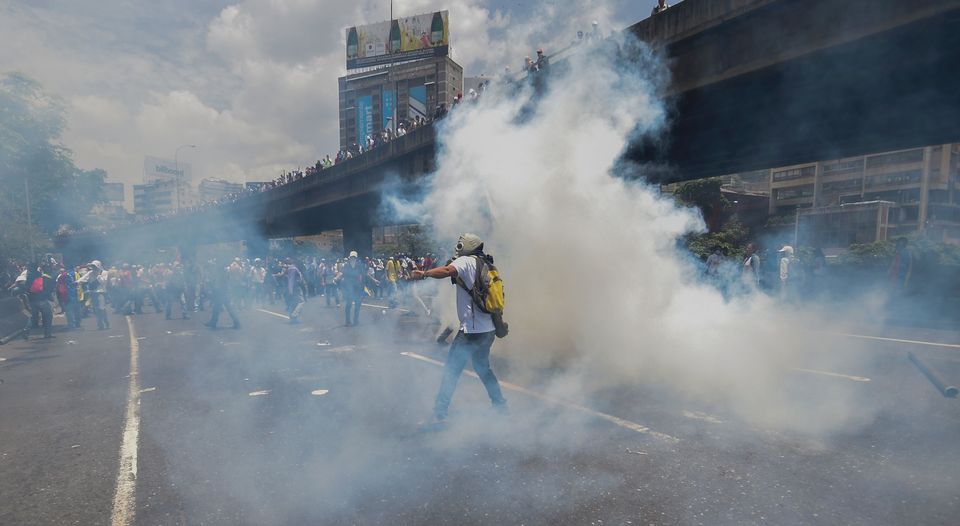 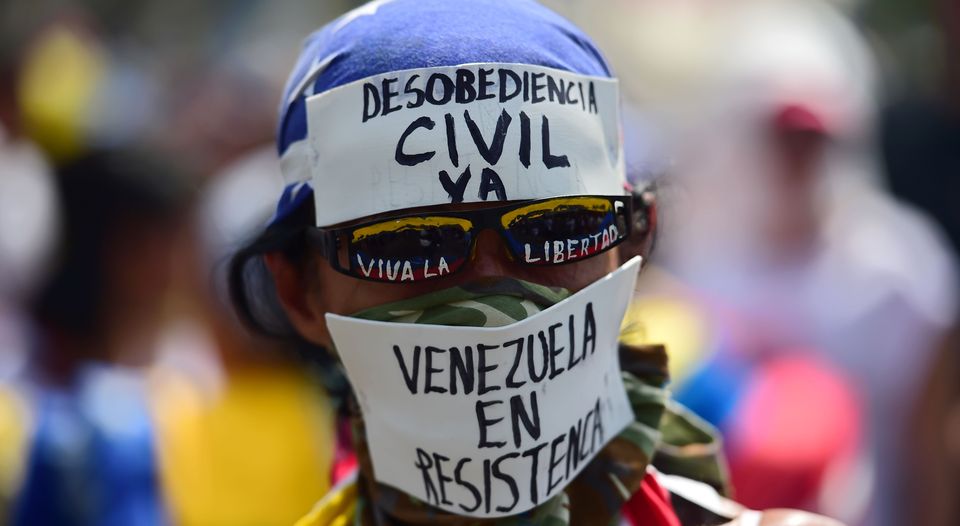 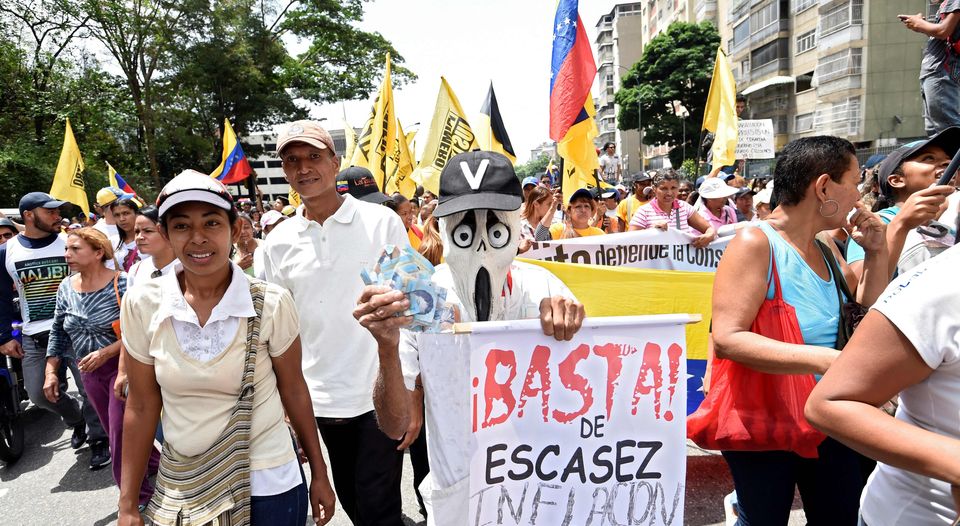 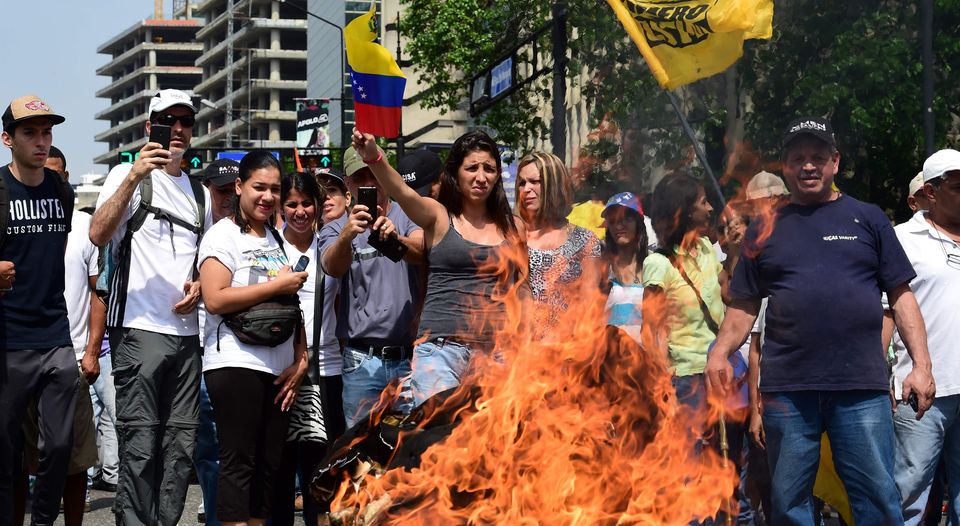 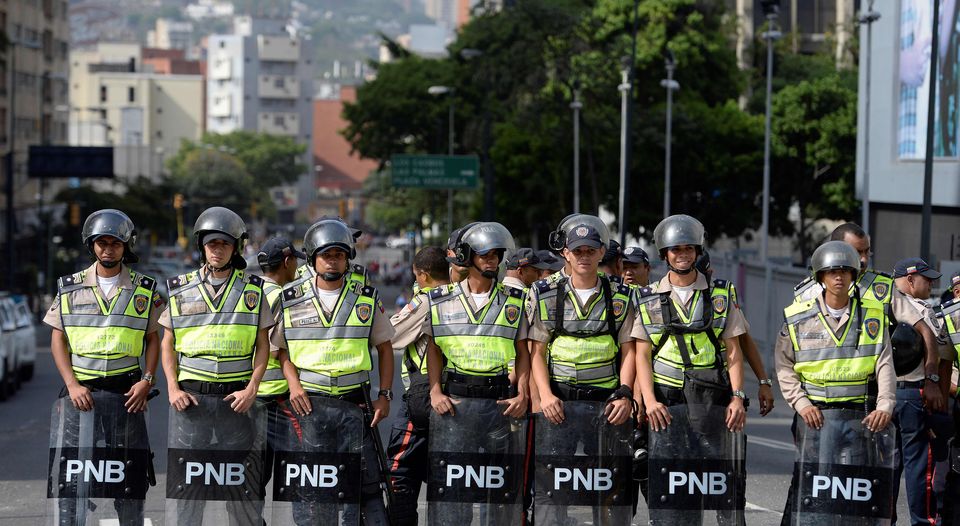 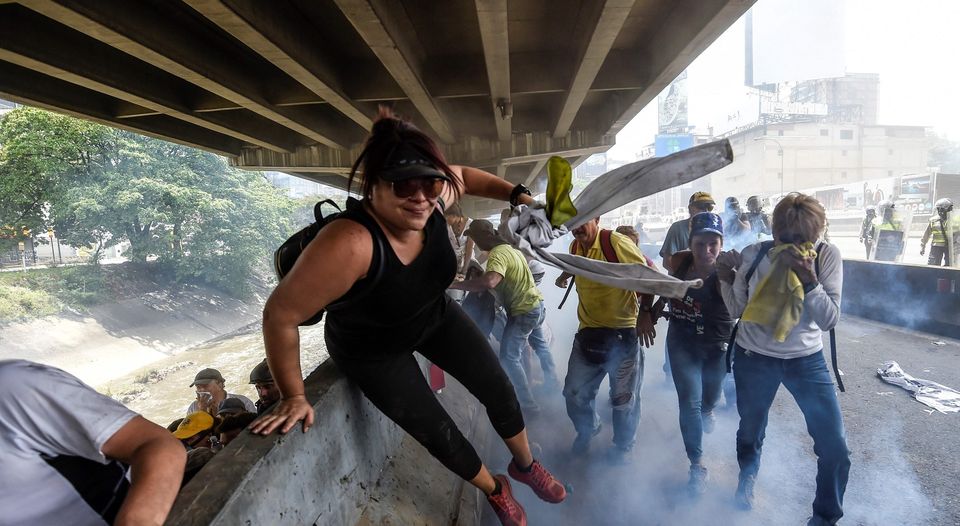 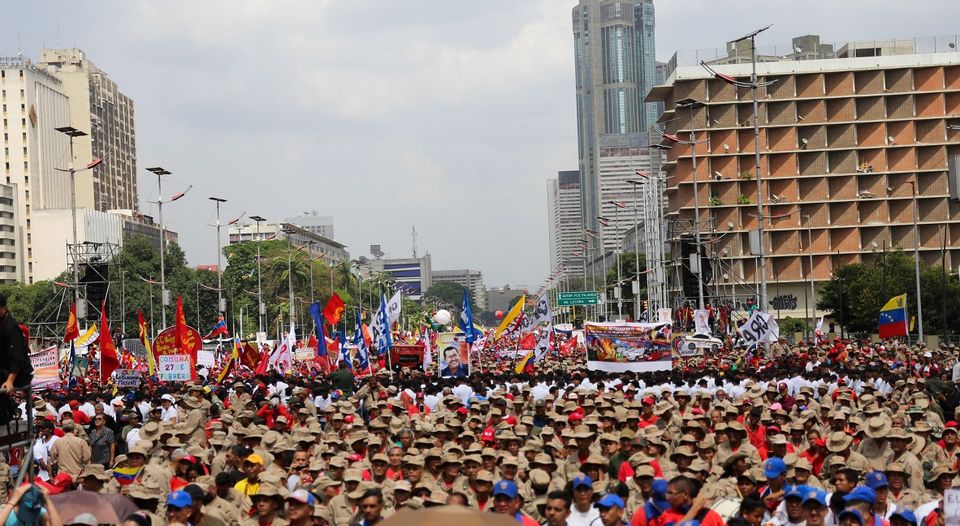 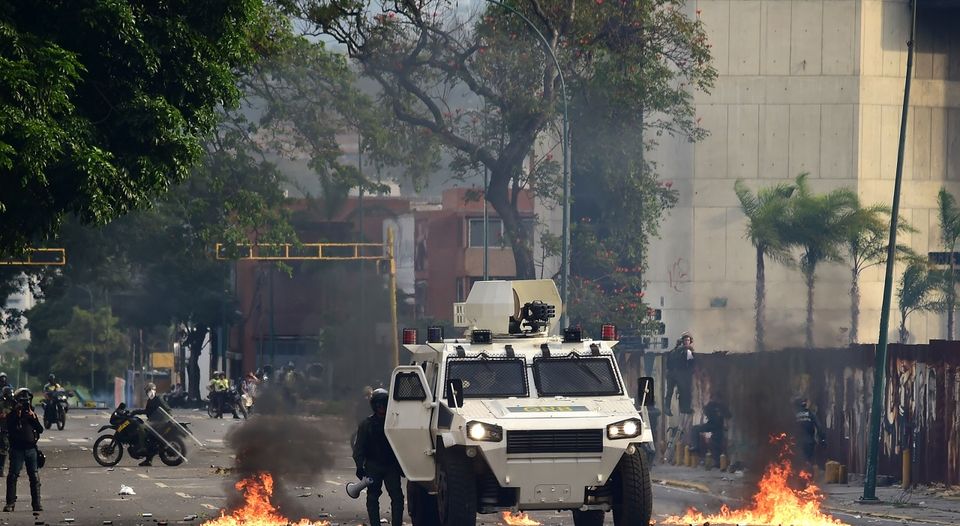 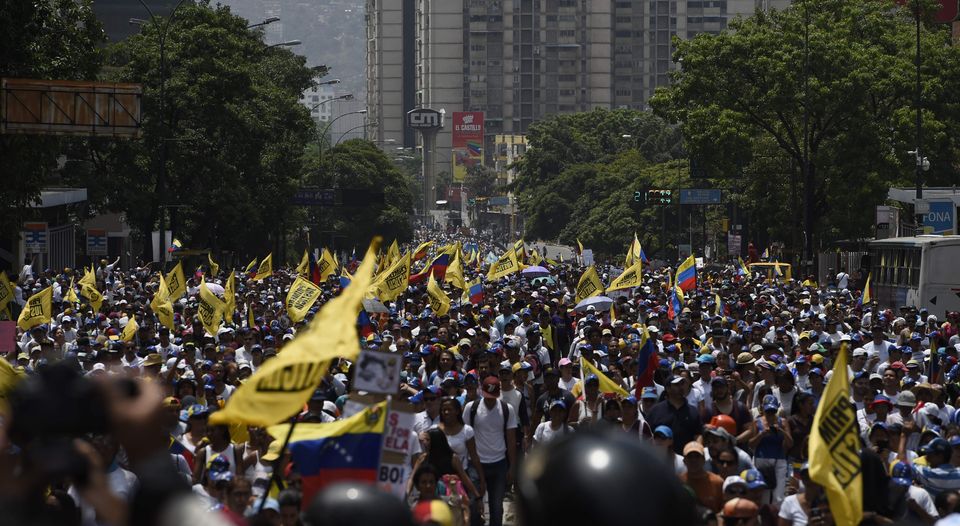 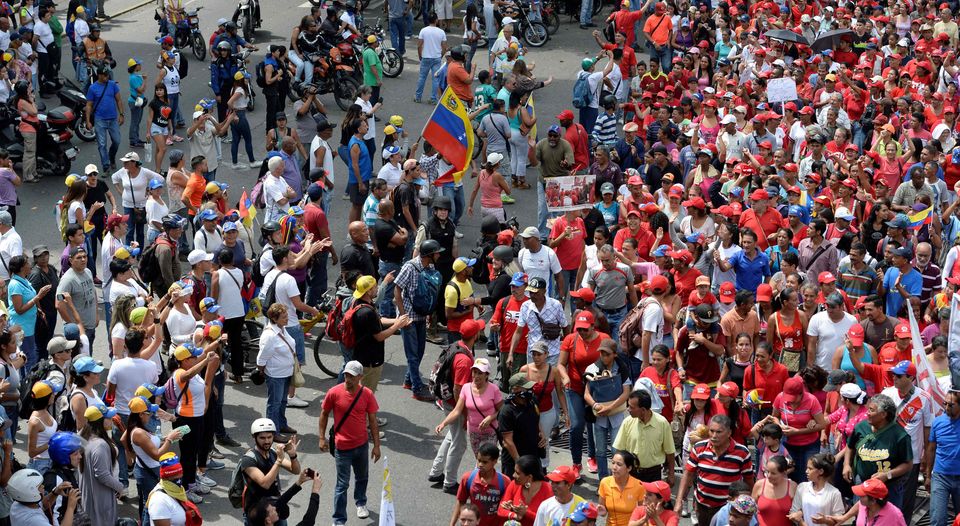 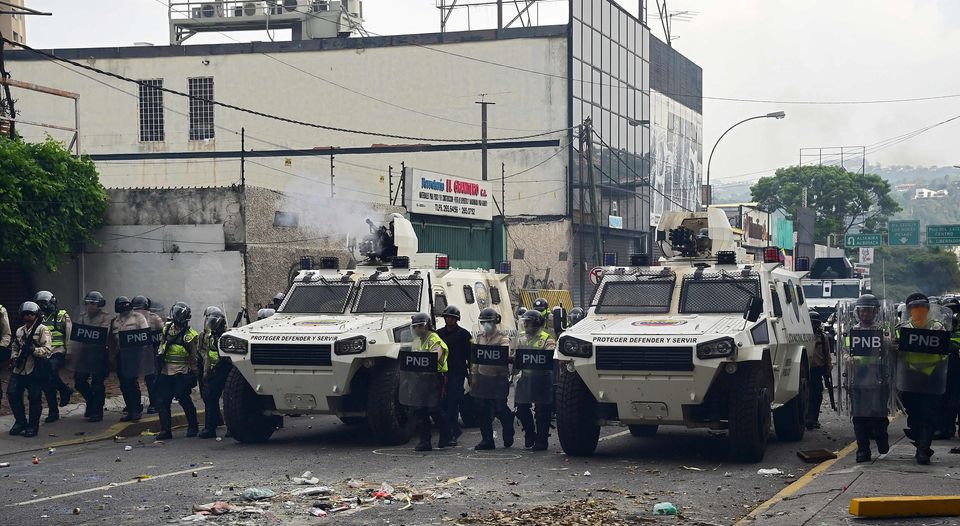 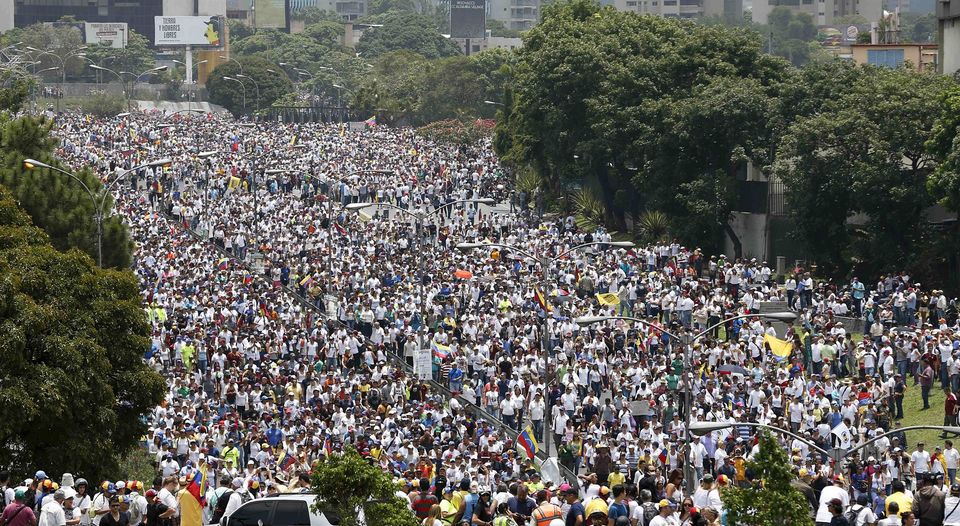