The saga of closure of textile companies in Costa Rica, which began a few years ago, seems to be continuing unabated as yet another textile company has announced its closure. 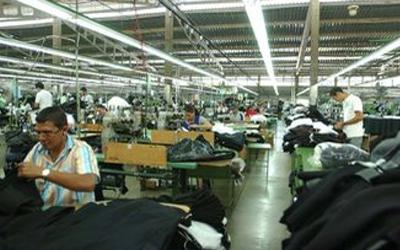 Textile firm, American owned, Confecciones BorKar SA,  has announced the shutdown of its entire operations in Costa Rica and all the 300 workers currently employed by the company will lose their jobs.

Speaking to media, Michael Borg, the owner of BorKar, said the company once employed about 1,100 workers, but the number of employees has decreased during the last few years, as the Costa Rican textile industry lost its competitiveness in global markets.

The latest closure follows the shutdown of US-based firm Confecciones Jinete in January this year that rendered around 500 employees jobless.

The year 2009 saw closure of 10 textile companies in Costa Rica. Since then, thousands of jobs in the country’s textile sector have disappeared due to closure of several companies, including the shutdown of Cimer, manufacturer of Levi’s, in 2010, and Compañía Textil Centroamericana last year.

The closure of companies has negatively impacted the exports of Costa Rican textiles, which have declined from US$ 700 million in 2000 to as little as US$ 200 million in 2012, as per official figures.

Meanwhile, some former employees of BorKar have created a cooperative called Coopetrajes del Poá, and they plan to take BorKar’s existing facilities on rent and start operating on a small scale, initially with manufacturing of coats and suits.

Business Warns Closures Are Much More, Just Not All Have Come To Light Publicly

QCOSTARICA - A year into the pandemic, the government is throttling back on the press conferences to update the evolution of the pandemic. From the...
Redaqted

Q TRAVEL - Located in the extreme north of the Pacific coast, in front of the Santa Rosa National Park, in the sector of...
Pura Vida

QCOSTARICA - To commemorate the Bicentennial of Costa Rica that occurs in 2021, Inverse Project has designed the Torre del Bicentenario for this important...
Pura Vida

QCOSTARICA - The quijongo is now in very good health thanks to the care of the people of Guanacaste, who are dedicated to protecting...
El Salvador

Q24N - Nayib Bukele entered the legislative palace surrounded by military personnel carrying long weapons. He walked in front of the benches before the...
Employment

QCOSTARICA - The latest unemployment figures show that women have been affected the most during the pandemic: more than a quarter of the female...
Politics

RICO's DIGET - As we begin the month of March, I can't help but think back on what we have been through over the...
Immigration

UPDATED: The DGME confirmed that anyone entering the country on or after December 17, 2019, will be allowed to legally stay until June 1st,...