CNE changes protocols for attending to rains amid pandemic

On Monday, June 1, the CNE decreed a green alert for the entire country. 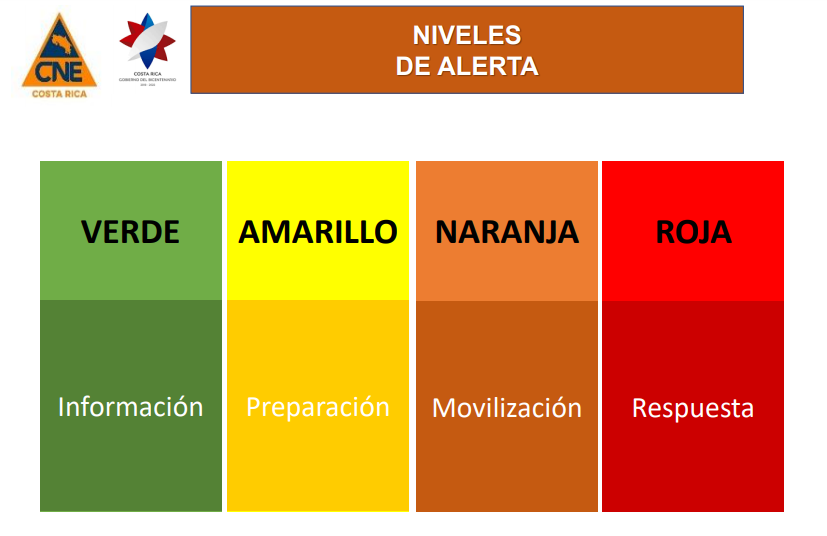 (QCOSTARICA) The COVID-19 pandemic has prompted changes in guidelines the National Emergency Commission (CNE) response with the arrival of the hurricane season, for the protection the population.

On Monday, Alexander Solís, president of the National Emergency Commission (CNE) announced that new guidelines were created for the management of temporary shelters, a new modality for declaring alerts, as well as standards security towards institutions.

Now, six lines will be worked to reduce the impact on communities with the greatest vulnerability.

Cleaning supplies for personal protection and physical barriers to prevent contagion to first responders will also be provided, and a disinfection approach to rescue units is expected.

The foregoing includes the prior verification of COVID-19 positive persons in the evacuation zone in order to provide them with differentiated treatment and thus avoid contagion.

In addition, Solís asked the population in risk areas to maintain caution and alert about any incident.

On Monday, June 1, the CNE decreed a green alert for the entire country.

- Advertisement -
Paying the bills
Previous articleQuepos and Parrita under water; heavy rains affected many areas Monday
Next articleItalian President Sergio Mattarella warns that the coronavirus crisis “is not over”