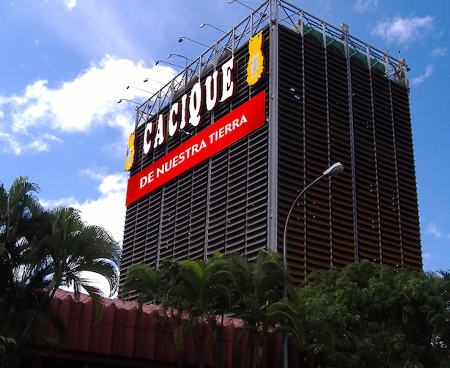 The Fábrica Nacional de Licores (FANAL) is gearing up to export its products to Central America. This is not the first attempt, but one with a different strategy, under a management contract.

In 2011, the Consejo Nacional de Producción (CNP), tested the sale of its Cacique brand of guaro in Panama. William Barrantes, president of the CNP, admits the failure when its products re-entered Costa Rica a contraband.

Barrantes says the CNP does not have the internal staff to boost exports, for which it proposes transferring the administration of the CNP, thus it would no loner be under the shadow of the budgetary authority.

Under the plan, the CNP will be taking in bid from management companies through an international tender that closed in December.

Barrantes emphasized that the CNP will not be giving up control of the factory, just the administration of the FANAL, insisting that it is not a concession.

“This would give us greater possibility that the manager may invest unlike the way we can to generate profits and share them with the Costa Rican government. The best thing is that assets will not be sold, ” said Barrantes.

Recently, the Contraloría General de la República (General Accounting Office) issued a report on the financial projections of the CNP that shows a 20% to 25% increase in profits for the years 2014 and 2015. The Contraloría, in its report, felt that projections should be based on actual production.

Barrantes said that the financial growth of Costa Rican liquor factory will come, in part, from exports.