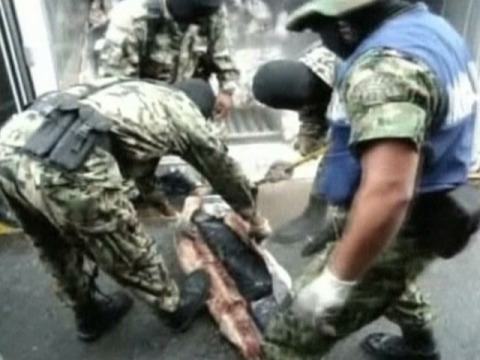 One of the strangest cases in the history of Costa Rica’s judiciary recently came to an end in the Central Pacific city of Puntarenas. It is not everyday that judges in Costa Rica preside over prosecutions involving frozen shark carcasses filled with cocaine, but after four years of legal wrangling and a considerable expenditure by prosecutors and investigators, the defendants were cleared of all charges. 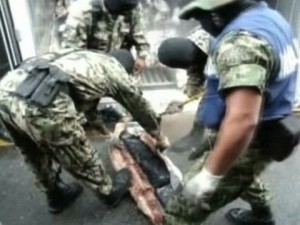 The story begins in 2009, when the Mexican Navy intercepted a shipment of cocaine-filled frozen sharks in the port of Progreso near the Yucatan Peninsula. Anti-narcotics agents were called in to examine the frozen sharks, which were heavier than usual. At first sight, customs and fishery agents thought the sharks were overstuffed with a substance that would preserve their freshness, but in the end it was cocaine hydrochloride in powder form.

According to BBC Mundo, there were more than 90 frozen sharks about to burst with nearly a ton of cocaine in total. The sharks were in a Maersk 40-foot container destined for Jalisco, which was loaded at the port of Caldera in the Pacific Coast of Costa Rica. The ship carrying that curious cargo was the Dover Strait, registered in the Marshall Islands and based in Houston. Mexican law enforcement and drug control authorities reached inside the frozen sharks and pulled out 876 packets of cocaine. It is believed that the United States were the final destination of the drugs.

An Expensive Fishing Expedition by Prosecutors

There were two shipments intercepted by Mexican agents: One in February and the other one in May of 2009. By June of that year, four people in Costa Rica were detained in connection with the incident. Authorities in Costa Rica arrested four people connected to a company dedicated to catching sharks for commercial purposes. It is important to note that these defendants are not connected to the nefarious shark fin poaching trade; they rather catch sharks and gut them for steak, filet and other parts of their selachian anatomy that often end up in recipes such as ceviche (seafood cocktail) and arroz con mariscos, a Tico version of Spanish paella.

After sharks are gutted for their meat, their skin is often used to manufactured products such as footwear, wallets, and purses. This is what the four Tico defendants stated they were doing when they shipped the frozen sharks to the Mexican firm Teneria del Caribe Manufacturera, located in the state of Jalisco. After their arrest, legal experts in Costa Rica who followed the case were concerned about prosecutorial intent since it was apparently clear that the shark-catching firm had nothing to do with stuffing the sharks with cocaine and Mexican authorities had already made arrests on their end.

Other legal analysts were concerned that the facts surrounding the case against the Tico defendants were weak, and that prosecutors would end up getting embarrassed in court. This is pretty much what happened in criminal court in Puntarenas in late July. Three defendants were thoroughly exonerated, and a fourth was cleared based on the doctrine of in dubio pro reo, which means that after four years and 550 million colones spent (about a million dollars), prosecutors in Costa Rica could not get a conviction on the cocaine sharks case. To add to the consternation, judges noted that prosecutors were reaching and that their investigation was riddled with errors.

Analysts who spoke to Diario Extra in Costa Rica stated that the Carcharhinidae blue sharks sold to Mexican clients are too small to be stuffed with so much cocaine, which was basically spilling out of them when Mexican authorities spotted them. This is something that the defendants, who are shark experts, would have known. Unreasonable prosecution and overspending are side effects of the War on Drugs; in this case, however, they did not prevail.