Coffee Farms in Costa Rica Falter as the World Heats Up 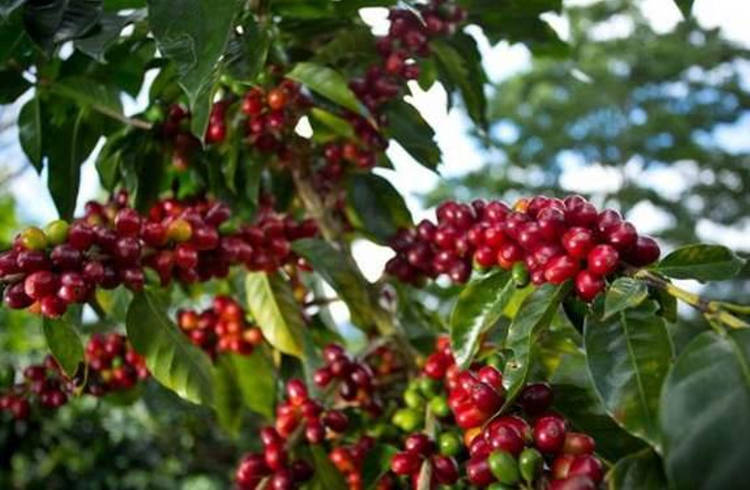 By Peter Lehner, Executive Director, Natural Resources Defense –  Growing coffee is a proud, 200-year-old tradition in Costa Rica. About half of Costa Rica’s coffee is produced by small farmers, many of whom run small, shade-grown coffee operations. But Costa Rica’s coffee industry is shrinking — over the past decade, thousands of coffee farmers  have left the business. 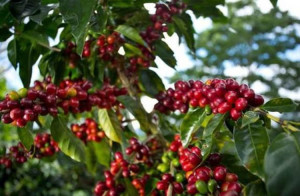 I help run a Rainforest Alliance-certified coffee farm myself, and I can vouch for how tricky coffee farming is.

Coffee is a finicky plant, extremely sensitive to fluctuations in rainfall and temperature. The international coffee market is finicky too, unpredictable and subject to extreme fluctuations in price. Every season seems to pose a new challenge, but one trend has been marching steadily on for the past few decades: The cool mountains where coffee grows are getting warmer as a result of climate change; and in places like Costa Rica, farms lower down on the mountains are producing less coffee.

Climate change will have pronounced impacts on agriculture, as average temperatures climb and precipitation patterns alter. In the past, those impacts seemed like they might turn out to be a mixed bag across the globe — some crops might do better in a warmer climate, and some regions might find new opportunities opening up in agriculture. But a leaked draft of the latest Intergovernmental Panel on Climate Change (IPCC) report, to be officially released in March 2014, warns that the impacts of climate change on agricultural, overall, will end up squarely in the minus column. Evidence is mounting that plants are not adapting to the rapid changes, especially in tropical regions. The draft predicts that the world will lose two percent of its food supply due to the changing climate, while food demand is expected to increase by 14 percent. And the nations that need to boost food production are the ones most likely to take a hit.

The IPCC cautions that the draft report is not final and is likely to change. But the impacts of climate change on agriculture are pretty clear in Costa Rica. This growing season, Costa Rica’s coffee production is expected to fall 10 percent, largely because of a fungus called coffee rust, or la roya, which is flourishing in warmer temperatures. The fungus is attacking coffee berries throughout prime coffee-growing regions in Latin America and Africa as well. In addition to the outbreak of fungus, rainfall patterns are changing. And while some farmers are starting to plant coffee higher up on the mountains to take advantage of the temperature shift, at some point, they’re going to run out of room.

Giving up coffee-growing will be difficult. Coffee trees last 40 years, and farmers —myself included — are reluctant to start over. Learning how to grow a new crop is not easy, and losing the investment in the plants and processing infrastructure would be devastating.

Costa Rica, with its venerable coffee industry — as well as a flourishing ecotourism industry to protect — has taken a proactive stance on climate. The government has set a goal of making the country carbon neutral by 2021. Much of its electricity already comes from clean sources like hydro-, geothermal- and wind-power — although much more is possible, as NRDC has urged. Costa Rica is also implementing a number of strategies to reduce emissions, including converting solid waste to energy, switching to cleaner fuels in cars, trucks and buses, and promoting the use of biodigesters on thousands of small farms to generate energy from agricultural waste. The government and corporations like Starbucks are also working with coffee farmers to adapt growing techniques to the changing climate, such as planting more shade trees, and planting in curved and terraced rows that hold onto water instead of allowing water to run off. (We’ve found this strategy quite helpful on our farm.) Last year, Coopedota, a Costa Rican coffee cooperative, produced the world’s first crop of carbon-neutral coffee and served it to delegates at climate talks in Doha, Qatar.

But Costa Rica, of course, cannot battle climate change on its own. The country produces just a few-hundredths-of-a-percent of global carbon pollution. The rest of the world, including the United States, needs to take strong action, not merely to adapt to the changes that are already upon us, but to reduce carbon emissions, now. The IPCC draft maintains that it’s not too late for emissions cuts to change the planet’s climate course and reduce the predicted risks of climate change.

President Barack Obama recently signed an executive order to step up climate preparedness efforts in the United States, such as reassessing flood risks and encouraging investments in climate-resilient infrastructure. And many states, by improving energy efficiency and shifting to clean energy, are already moving into position to meet upcoming limits on carbon pollution from existing power plants, which the U.S. Environmental Protection Agency (EPA) is expected to issue next year.

The impacts of climate change are widespread and varied, from extreme weather events that swamp cities to subtle shifts in temperature that threaten the survival of farms and crops. I could say that it’s time to wake up and smell the coffee, but I think, more than 20 years after the first IPCC report, people are finally awake. Awake not just to the fact that climate change is real and happening now, but to the fact that people have solutions in our hands, and we’re ready to move forward.

We need other governments to wake up as well, and America has a leadership role to play. When our nation takes strong action on climate change, we set a model for the rest of the world. The EPA is considering a vital climate change solution right now: limits on carbon pollution from power plants. Urge the EPA to support strong limits on carbon pollution. Because Costa Rica, no matter how much coffee it makes (or does not make), cannot wake up the world on its own.