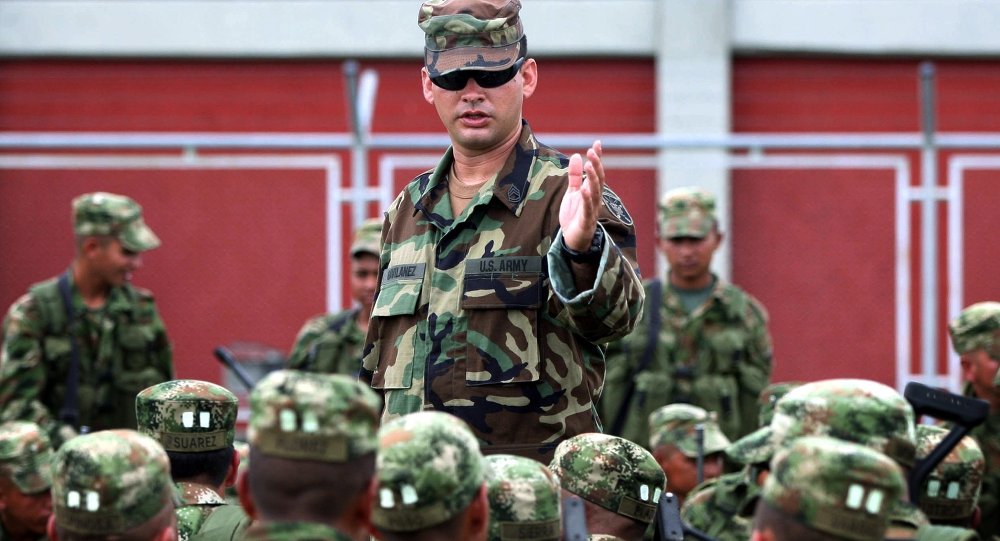 Colombia and Brazil have announced a series of measures to control their border with Venezuela, as hundreds of thousands of people have fled the deteriorating situation there.

Colombian President Juan Manuel Santos announced that strict immigration controls would be implemented, with 2,120 Colombian soldiers deployed to the 1,378 mile long border to enforce them.

Bogota also said that they would no longer issue migratory cards that had allowed 1.5 million Venezuelans to cross the border without passing customs. Now, only those with valid passports or existing migratory cards will be able to pass.

“There will be more control and more security at borders,” Santos said in a speech in the border city of Cucuta. He added that any unlawful behavior by the migrants would be strictly dealt with, but reminded his constituents of the friendship between the peoples of the two countries.

“Venezuela was very generous to Colombia when Colombians went in search of a better life,” Santos said, referring to the millions of Colombians who fled the country during the height of its civil war in the 1990s and early 2000s. “We should also be generous to Venezuela.”

“I want to repeat to President Maduro — this is the result of your policies, it is not the fault of Colombians and it’s the result of your refusal to receive humanitarian aid which has been offered in every way, not just from Colombia but from the international community,” Santos said, referring to Venezuelan President Nicolas Maduro.

The International Monetary Fund forecast that the hyperinflation in Venezuela will hit 13,000 percent in 2018, making basic necessities such as food nigh-unaffordable for 95 percent of the population. Caracas was also accused of beating and torturing thousands of protesters by Human Rights Watch and other rights groups

Venezuelan leaders fired back at the allegations. On Wednesday, Venezuelan Foreign Minister Jorge Arreaza accused Santos of being “submissive” to the United States and blamed the US and its South American allies for being the source of “pain, wars, displaced communities, refugees, extreme poverty, paramilitarism, contraband, drug production, drug trafficking [and] narcopolitics.”

A smaller number of Venezuelans have also fled in the opposite direction to Brazil. Approximately 60,000 have crossed the border into northwest Brazil, according to local lawmakers.

Brazil’s defense minister, Raul Jungmann, told local outlets that Brasilia was considering ways to bolster security along the border and relocate the migrants. “This is a humanitarian drama. The Venezuelans are being expelled from their country by hunger and the lack of jobs and medicine,” he told reporters on Friday. “We are here to bring help and to strengthen the border.”

Both Santos and Jungmann announced that they would try to keep track of how many migrants had fled into their sovereign territory.

Colombia and Venezuela have traditionally enjoyed a strong economic relationship, with citizens of both nations living in one and working in the other.

But as the economic and political situation in Venezuela continues to deteriorate, hundreds of thousands of Venezuelans have taken advantage of the porous border to flee.

Despite the fact that COVID-19 is slowing down the...
Central America