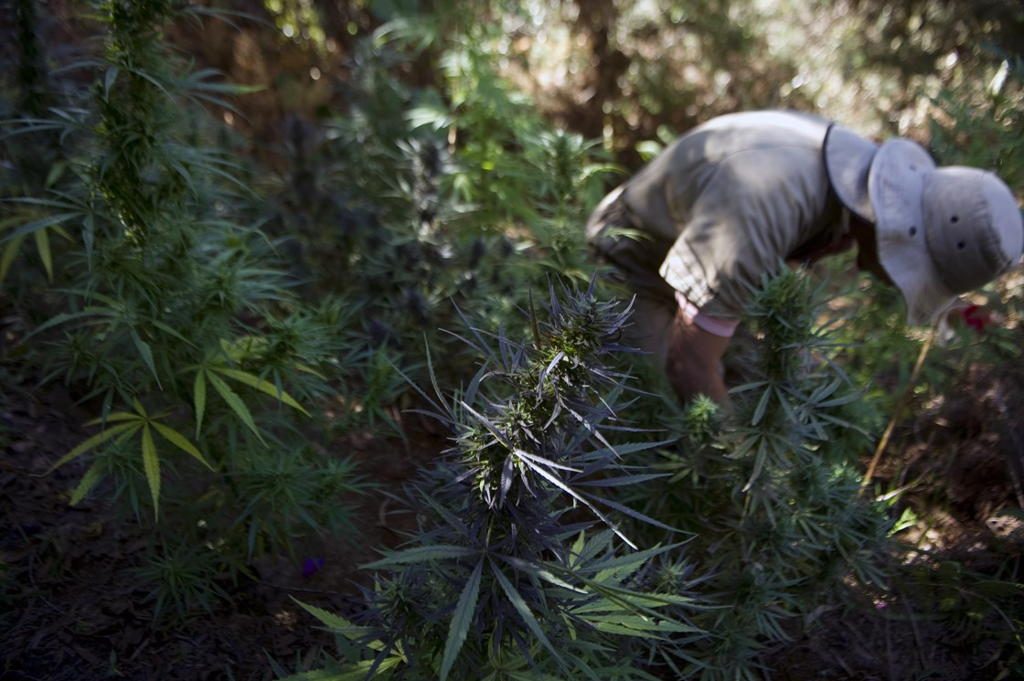 (Ozy.com) Decades have passed since the bulk of marijuana cultivation in the Americas shifted from Colombia up to Mexico. But the tides are turning again. This time, suited businesspeople, not drug cartels, are betting on a lucrative Colombian weed crop, bound for markets around the world. The investors? Many are coming from Canada.

Legislation passed in 2017 provided a framework for commercial medical cannabis cultivation, and at least six companies surpassed the licensing processing by late in the year and planted their first seedlings in December. They formed the Colombian Association of Cannabis Industries in late 2017.

Of these six, three companies are headquartered in Toronto — though they were born in Colombia — underscoring the promising partnership shaping up between growers in Colombia, a nation of vintage renown for quality weed, and investors in Canada, the world’s top source of venture capital for cannabis companies. Tens of millions of dollars of Canadian capital have flowed into Colombian companies, allowing them to build robust operations ahead of any revenue.

There’s a lot in this for Colombia too. On the same mountains where the high-grade pot of Pablo Escobar’s early empire once grew, a corporate crop is sprouting that could mean big money for the South American country. Growers plan to exploit the country’s equatorial sun, tropical rain, robust cut-flower industry and indigenous marijuana strains to conquer a budding global market, as nations across the Western Hemisphere begin to open to medical marijuana products. This time around, Colombia will produce pharmaceutical-grade oils and extracts for prescription use — not dried herbs.

“It’s like the starting gun is just going off now,” says Mark Monaghan, a Canadian financier and director of Khiron Life Sciences Corp., a Colombian cannabis company headquartered in Toronto.

Khiron launched in Colombia on December 7 at Bogota’s Marriott Hotel to an audience of sharply dressed Colombian medical professionals, invited guests and Canadian investors. CEO and founder Alvaro Torres declared the company’s goals to provide medical cannabis extracts of the highest pharmaceutical standards, help doctors understand the legitimacy of cannabis products, open a series of branded pain clinics to prescribe and dispense cannabis in Colombia, then branch out to other emerging marijuana markets in Latin America. Torres, a former infrastructure engineer, says in an interview that he hopes to buck the trend of Latin American countries selling cheap raw materials for refinement in wealthier nations, and to instead sell finished products straight to consumers. Khiron was born, he says, from a chance meeting on a Panamanian beach with Monaghan, who described the eagerness of Canadian investors to put money into cannabis ventures abroad.

The flow of capital from Canada to Colombia for the cannabis industry isn’t really surprising. Alan Brochstein, founder of cannabis industry business news services 420investor.com and NewCannabisVentures.com, describes Canada as the world’s only advanced capital market for financing cannabis ventures, a place where stigma has faded and effective business models have been developed.

And Colombia is responding to that interest. More businesses have recently applied for licenses to join the six firms already in the Colombian industry. “We’ve been impressed that the country is totally open for business,” says Christian Scovenna, investor and director of Canadian venture capital firm High Hampton Holdings, who flew to Bogota for the Khiron launch. “They’re paving the way for other countries in South America.”

The coming year will be a “period of consolidation” for Colombian cannabis companies, says Rodrigo Gomez, president of the cannabis industry association. Growers and refiners, he adds, will begin testing products and honing in on a marketable portfolio. “Investment is coming to Colombia because of the quality of the terrain,” says Gomez, a former director of Colombia’s Pharmaceutical Industry Chamber.

Growers in Colombia can cultivate cannabis year-round for a fraction of the cost paid by growers in Canada, or Washington State or Colorado, where they use warehouses, high-powered sun lamps, and climate control. “You could grow bananas in New York,” explains Patricio Stocker, CEO of PharmaCielo, another Toronto-based Colombian cannabis company. “But you need to generate a tropical climate.”

Brochstein, of 420investor, agrees with Colombia’s potential, but worries that the country’s prospects could be dampened by lack of demand in Latin America, coupled with new supply from other freshly deregulating Latin American markets. “If it turns out Colombia has better genetics, then it will be interesting,” he says.

PharmaCielo, which was founded on a gamble in 2014 before Colombia legalized cannabis production, has spent two years collecting cannabis breeds from rural farmers, breeds that once went to drug cartels and made Colombia’s reputation for high-grade illicit weed. “You have this country where you can find unique strains, historically used for medicinal and religious purposes by indigenous communities,” says Stocker, who was previously CEO of DaimlerChrysler Colombia. PharmaCielo began to register collected strains with Colombia’s Ministry of Health in December. The company board includes executives from Philip Morris, a former World Medical Association chairman, two Colombian flower growers and a Canadian retailer. It aims to export cannabis products, first to Canada and, later, elsewhere abroad.

The company has planted its first crop throughout 30 acres of open-air greenhouses in Rionegro, a city in the hinterlands of Medellin. Nearby, PharmaCielo’s laboratory is geared up to produce the first medical extracts from its cannabis crop. Elsewhere in the country, the company has partnered with rural communities for cannabis cultivation and dreams of expanding its own operations to thousands of acres soon.

It expects its first commercial sales and exports in 2018.

“We want to become one of the world’s largest suppliers,” Stocker says. “This may become a very, very huge model.”

Article by Dylan Baddour was originally published at Ozy.com. Read the original here.