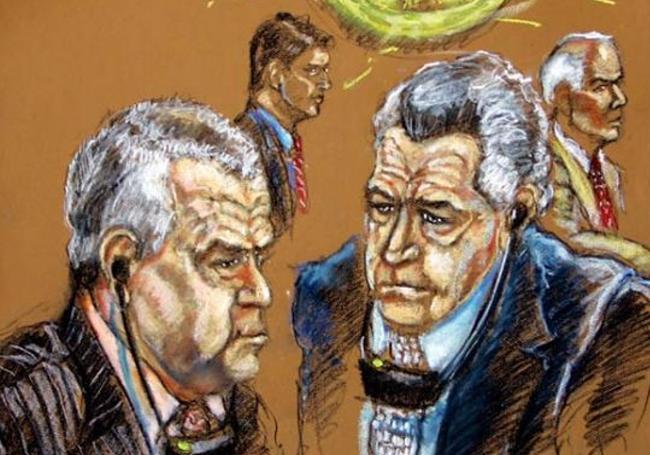 (TODAY COLOMBIA) The children of Cali Cartel founders the Rodriguez Orejeula brothers are facing money laundering charges in Colombia in another reminder of the continued presence of one of the pioneers of large-scale cocaine trafficking.

A Bogota judge has ruled that five children of Gilberto and Miguel Rodriguez Orejuela must stand trial for allegedly concealing funds their fathers were supposed to have turned over as part of the deals they cut with the U.S. authorities, reported Semana.

In 2006, the Cali Cartel capos accepted 30-year prison sentences in the United States and agreed to turn in all of their drug trade wealth in return for immunity for their families.

However, U.S. authorities demanded Colombian prosecutors look into reports they had concealed a fortune through legal businesses run by family members.

The investigation that followed revealed financial transactions in the family businesses that were indicative of money laundering, as well as a raft of suspicious business practices and the suspect sale of a chain of pharmacies.

The family will now have to prove in court that their considerable business portfolio is not founded on drug money.

The Cali Cartel, along with Pablo Escobar’s Medellin Cartel, were the driving force of the Colombian cocaine boom of the 1980s and 1990s and after the death of Escobar were arguably the world’s richest and most powerful drug cartel.

The organization’s downfall continues to influence the Colombian underworld today, and not just in the illicit financial activities of the Rodriguez Orejuela family as they try to cling on to the remnants of the billion dollar fortune the cartel leaders amassed.

Two former Cali Cartel drug traffickers who have served prison sentences in the United States are believed to be major figures in the violent dispute for drug trafficking that rages today in Cali and the Valle del Cauca region.

Victor Patiño Fomeque, alias “El Quimico,” who also worked with the Cali Cartel’s successor, the Norte Del Valle Cartel (NDVC), is believed to be a major influence on the alliance of NDVC linked traffickers now fighting on behalf of the Urabeños.

This coalition’s fight to control the region has been complicated by the return of another Cali capo known as “El Señor de la R,” who recently returned to Colombia and is attempting to retake control of the cartel’s old operations, according to police. El Señor de la R is reportedly a family member of the Rodriguez Orejuela brothers’ Cali co-leader Helmer “Pacho” Herrera — possibly his brother Ramiro Herrera Buitrago, who ran cartel operations in New York.