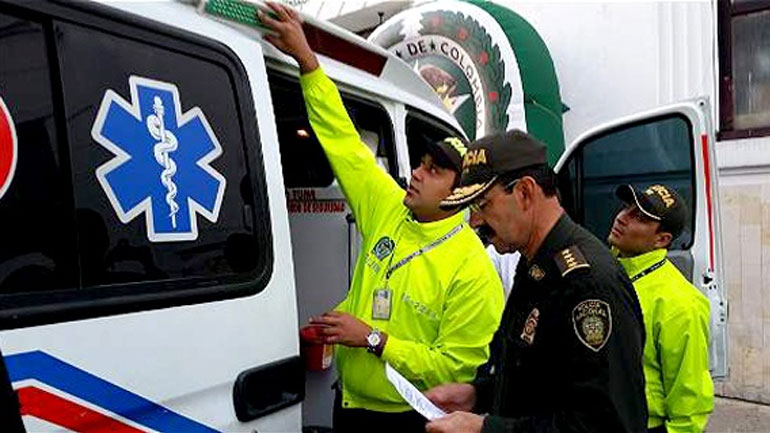 Police in central Colombia on Tuesday seized 214 kilograms of cocaine from an ambulance that was traveling from the south of the country to the Caribbean coast.

The ambulance had evaded check-points due to the emblems displaying Medical Mission as they made their way from the southern province of Putumayo to the port of Cartagena with the drug concealed in the roof of the vehicle, confirmed the Director of the National Police, General Rodolfo Palomino.

Police intercepted the vehicle at a checkpoint in the central province of Santander finding the cocaine with an estimated street value of $6 million.

Surgeon Edgardo Fugueroa, a Green Alliance candidate for mayor in the Putumayo municipality of Puerto Caicedo, was accompanied a team disguised as a patient, a uniformed driver and two female nurses.

Palomino reported that the drug belonged to the 32nd and 48th Fronts of the FARC in Putumayo that allegedly worked with the neo-paramilitary unit “Constru” in the selling of narcotics
Article originally appeared at Todaycolombia.com

QCOSTARICA - If it is proven in a final judgment that they did pay bribes to Conavi officials, several companies could be disqualified from...
Turrialba

QCOSTARICA - The future of tourism operators in Costa Rica depends on the political will to approve a package of bills that favors the...
Travel

Today, Wednesday, June 16, vehicles with plates ending 5 & 6 CANNOT circulate The measure is countrywide and applied between 5:00 am and 9:00 pm,...
Rico's Digest