La República was the only Hollinger owned Latin American paper. The Hollinger media empire that once reached across North America, Europe and the Middle East.

Black was convicted in U.S. District Court in Chicago in July 2007,  initially found guilty of diverting funds for personal benefit from money due to Hollinger International, and of other irregularities. The alleged embezzlement occurred when the company sold certain publishing assets.

From the National Post: A pandemic of denial over the incoming president of the United States grips his Democratic opponents, and, like most American fads and traits, is as strong in Canada as anywhere. It is now five weeks since the election, and we have watched an unprecedentedly asinine sequence of delusional activities to cushion the conventional wisdom from the impact of the result. 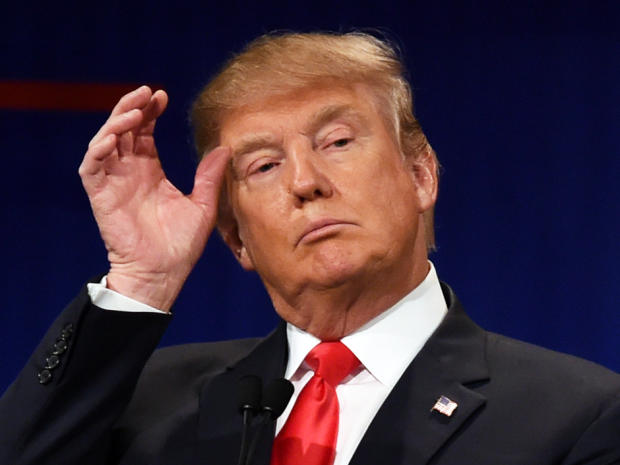 There was the recount, where the Green candidate, who garnered one per cent of the vote in the presidential election, rounded up over five million dollars from the Democrats to challenge the returns, where in Wisconsin approximately one vote was reduced from Trump’s margin of victory for every million dollars squandered in the recount. Even Jeb Bush, who spent over $200 million to garner seven per cent of the vote in Florida, where he had been a popular and  successful governor, achieved more with his backers’ money (while Donald Trump paid for his own nomination campaign and made almost as much from the sale of trinkets and t-shirts and silly hats to pay for his big sweep).

There were, we were darkly assured, going to be deep fissures and mortal wounds in the Republican Party. Party chairman Reince Priebus, at daggers’ drawn with the candidate, we were assured, will be his chief of staff. The previous presidential nominee, Mitt Romney, an irreconcilable opponent, recanted everything during his lengthy but unsuccessful audition for secretary of state.

The president-elect named the wife of the Senate majority Leader, Mr. McConnell of Kentucky, who nine months ago had written Congressional colleagues that they would “drop (Trump) like a hot rock,” to his cabinet, to administer the renovation of decayed American infrastructure. Speaker Paul Ryan, who had scampered into the tall grass like a garter snake when the 11-year old Billy Bush tape was thrown into the hopper by the Clinton campaign, is beavering away with the Trump entourage to design and strategize the cyclonic legislative program that Trump has promised.

As there had never been any possible argument for the re-election of the Obama-Clinton Democrats, unlike the Eisenhower-Nixon Republicans in 1960, the Kennedy-Johnson Democrats in 1968, the Nixon-Ford Republicans in 1976, and the Clinton-Gore Democrats in 2000, all of whom lost their bid for a third term by a hair’s breadth (and it will never be known who really won the 1960 and 2000 elections), the entire Clinton campaign was a stentorian smear job on Trump, as, pre-eminently, a racist and a sexist. This has evaporated with his selection of high office-holders and his own general conduct. The whole Clinton campaign, in a phrase of Thornton Wilder, was “written on running water, written on air,” and it is a mnemonic and disagreeable feat to remember any of it.

Contrary to the wails of apprehension from the universal alarmist consensus, the transition process has been handled very smoothly and has produced widely admired candidates to fill the great offices of the United States government. The utter chaos that was predicted and expected to produce Don “Only in America” King as secretary of state and a particularly submissive and bosomy Miss Universe as White House chief of staff, has in fact put forward a universally respected four-star combat Marine general for the Pentagon, the first general to lead the Defense Department since the chairman of the Combined Allied Military Chiefs of World War II and author of the Marshall Plan, George C. Marshall, an uplifting precedent. Health-care reform, meaning without monopolistic insurance fiefdoms in each state, skyrocketing premiums, and seeking universal coverage with assured retention of existing doctor relationships, will be in the hands of the Congress’s principal authority in the field (Tom Price).

Education will be in the hands of Betsy DeVos, a champion of chartered schools, who will lead the final charge against the Luddite, know-nothing corruption of the teachers’ unions, who have destroyed the state education systems and to whom the Democratic Party is tied hand-and-foot. The Labor secretary (Andy Puzder), is perfectly qualified to complete the liberation of the American working class from the despotism of organized labour, now reduced to less than seven per cent of the work force. And the designated head of the Environmental Protection Agency (Scott Pruitt), will fight pollution and support conservation tooth and nail, but will not imagine that a possible one centigrade degree rise in the world’s temperature in 80 years for unknown reasons justifies fuelling automobiles with pablum, making every roof a crystal palace of solar panels, foresting windmills in every under-built area, except where it might discommode the scenic panorama of the altruistic rich such as the detritus of the Kennedys at Cape Cod.

There are the usual fussings about confirmation processes — it is all atonal whistling past the graveyard which is about to receive for interment the much discussed legacy of the Obushtons — Obamas, Bushes, Clintons. Donald Trump is right to call his narrow and numerically minority victory a “landslide.” He ran against all the Republicans and all the Democrats, the hackneyed Bush-McCain-Romney also-rans, the Cruz loopy-right, the Clinton-Obama incumbency, and the Sanders left, almost all the Washington media and almost all the polls, and the entire pay-to-play casino of lobbyists in the great Washington sleaze factory. He stormed Babylon and put them all to fire and sword. There were stylistic lapses in the campaign to be sure, but they were almost all designed to pull out the Archie Bunker votes and win Trump the Republican nomination with the votes of millions of people who had not been in the habit of voting. Since the nomination, there were relatively few gaucheries, and since the election almost none.

Taxes, spending, education, environment, campaign finance reform, health care, trade, and immigration are all about to receive as swingeing a stroke as Franklin D. Roosevelt gave the economy in 1933, and Trump has the mandate and the congressional majorities to do it. And the Democrats are still grumbling about Russian influence in the election and the electoral college system, mindless of their fate as Trump drives a mighty bulldozer toward them at 60 miles per hour.

And in Canada, in the same spirit as the CBC radio panel that two weeks ago felt Canada was necessary to advise him that not all of the world’s 1.4 billion Muslims were at war with America, this week we had Lawrence Martin advise Brian Mulroney to “rein in” Trump, “protectionist, jingoistic, boorish, heapingly erratic” as he is. There is no dispute about Brian Mulroney’s diplomatic skills in dealing with the American presidents he’s known, and other world leaders, but he performed those feats as prime minister of a country that pulled its weight in the Western Alliance and contributed importantly to the satisfactory end of the Cold War.

Donald Trump does not need to be reined in. He has calculated every step of his campaign from the ridiculed dark horse of 18 months ago to the man who will be sworn as General George Washington’s 43rd direct successor in five weeks. To the extent any of Martin’s adjectives are applicable, it is just because Trump’s evaluation of tactical requirements makes them so. But Lawrence Martin actually warned the readers of The Globe and Mail on Tuesday that Michael Moore, the helter-skelter far left film-maker, torqued up by “Trumpian xenophobi(a),” had sounded the alarm that Trump has loaded his cabinet with “corporate-military statism … a fascist brew.” (Martin said pretty much the same thing about Ronald Reagan when he was Washington correspondent for the Globe 36 years ago.)

What mad national egotism, propelled by “arm-flapping moralism” (in the words of half-Canadian U.S. secretary of State Dean Acheson 60 years ago) propels Lawrence Martin to imagine that Canada has any standing to do anything but answer the phone if the White House calls. The Harper government, as it talked tough, allowed our armed forces to wither almost to the proportions of Slovenia or Costa Rica. Fortunately, Trump is not at all xenophobic, fascistic, racist or sexist. He is also not an advocate of “corporate-military-statism” any more than Harry Truman sought a government of haberdashers or Jimmy Carter one of peanut farmers. Trump saw that the U.S. system had become an anthill of corruption and hypocrisy and called it that. He promised to drain the swamp, and will do it; it will be a changed America in six months, and doubtless Lawrence Martin will ascribe it to Donald and Melania listening to the CBC each night in the White House. In this analysis, it is not the president-elect who has been sleepwalking through Fantasyland; he saw the American crisis plainly and launched one of history’s great democratic political movements to deal with it. The pure snowmen of the North plod cheerily on in Santa Lawrence Martin’s workshop, like happy elves incanting “High ho, high ho, there’s nothing about the U.S. we don’t know.” But there is.