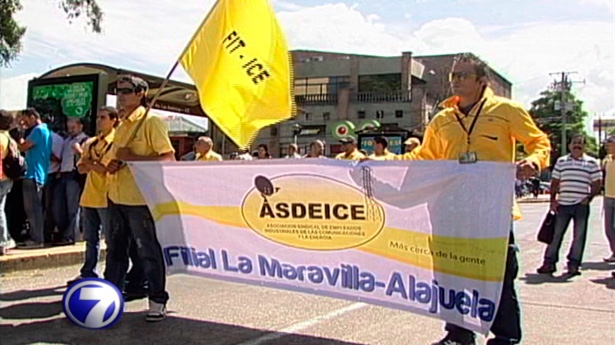 Public employees’ job performance is evaluated each year and the workers treated with a bonus for excellence, but Labor Minister Sandra Piszk doesn’t think the system has ever worked properly.

A rough draft of a reform bill was presented to lawmakers this month and has already resulted in a teachers’ strike last week. Piszk believes it is because employees have come to regard annual bonuses as a right separate from their work performance.

The teachers’ unions consider the bill as a challenge to their power and undoubtedly, other public employees unions will follow with pressures. Piszk herself doesn’t look for passage soon and feels it might take several terms to hammer out.

Recently, Civil Service has put into practice a reform to the evaluations, Piszk told the national newspaper La Nacion, but she doesn’t believe that the changes go far enough.

Piszk made a point to differentiate between being given an annual bonus as an “acquired right” and “earning it.” Thus the bonuses have been a drain on government budgets without producing excellence.

“It’s no kind of an incentive for a good official,” she reasons, “if they know they’re going to get the same pay as everyone else.” They know that they’ll get the same amount as those who aren’t producing, she said.

Asked whether now was the best time to present such a change, Piszk snorted that the situation has gone on for decades misfiring.

Commentary: One must compliment Piszk and her Chinchilla Administration colleagues for courage in tackling the subject, even though they are closer to the end of their term of office.

Unions hold grudges a long time and a struggle is pending. Beatriz Ferreto, head of the high school teacher’s union (APSE) has promised “the mother of all strikes” over the bill.

The Administration is talking about efficiency of government workers, but there is no doubt that they are also preoccupied with the budget deficit that has caused the country to borrow heavily.

A huge proportion of government budgets are eaten up in salaries and perks. We have seen through the years government workers letting their duties slide while filing their nails. This rankles private employees who must work for their pay or suffer dire consequences.

But Piszk is bucking the Costa Rican culture. One of the reasons so-so workers get by with so much is that their bosses have a tendency to rubber stamp their evaluations in order to “no se caiga mal con nadie.” (So as not to get on anyone’s bad side.)

Not only are teachers coddled, other agency employees are treated like spoiled pets as well. The Social Security system (Caja) is a prime example of this and it pushed the body that runs public hospitals and clinics to the brink.

Costa Rica can no longer afford bloated payrolls and public workers coasting along at half speed. The current system of bonuses is not even a decent bribe for workers to take pride in work well done.

It is a saddle on the taxpayers’ backs.

QCOSTARICA - "I'm looking for oxygen because I have...
Pura Vida