Copos (literally, “flakes” – as in “snow flakes”) are sold on the street and many of the popular beaches of Costa Rica by Copos vendors, pushing two-wheeled carts with insulated compartments that house a large block of ice (maqueta de hielo). 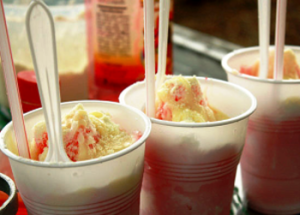 The vendor has a cool shaving contraption that probably has a name, but I don’t know it.

It holds an inverted cup and directs the ice shavings up into it as the block is shaved. There’s some technique involved and it’s fun to take part in the spectacle of the “production” of the copo. Copos have been the cool, rich, sickeningly-sweet favorites of non-diabetic kids and adults alike for generations.

Wanna see how it’s done? Here’s a video I took recently while walking the dogs on the beach, this will give you an idea of what I’m talking about.

Unfortunately (or fortunately), I can’t share with you the sugar rush and the snow cone headache that these things pack. 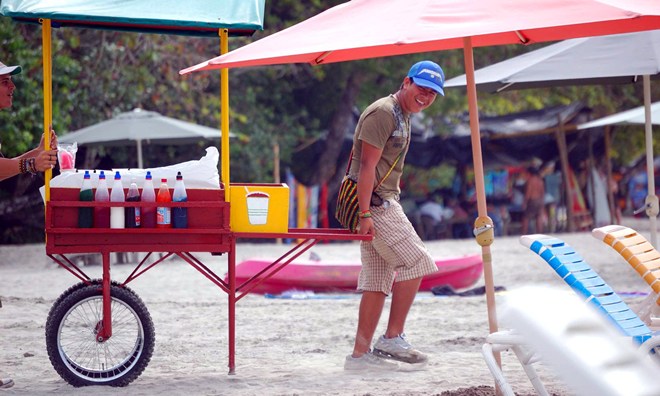 Notice for parents: the sugar buzz you get from these streetwise delicacies is intense, even for an adult. Give one to a three or four-year old and you’d better get your catcher’s mit or goalie gloves ready, they will be playing all afternoon.

QCOSTARICA - A sad discovery occurred this Thursday morning in a hotel located in La Sabana, in San José, the lifeless body of a...
Banking

QCOSTARICA - For the first time in two months, less than 800 new cases of covid-19 in a single day were registered on June...
Pura Vida