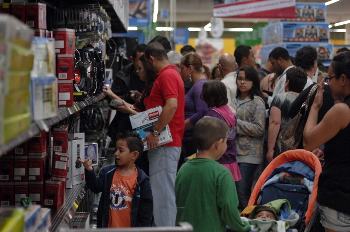 Walmart in Costa Rica was fined ¢4.395.000 colones (US$8.900 dollars) for “lack of information and misleading advertising” in a promotion of flat screen televisions. 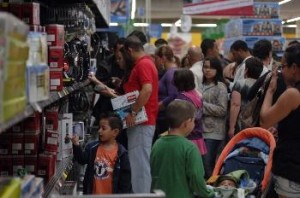 The Comisión Nacional del Consumidor (CNC) – National Consumer Commission – said it fined the giant retailer following an investigaton into complaints by 58 consumers, for price differences in the retailer’s promotion “Día más barato del año” (lowest price day of the year) on December 1, 2012, a sale where consumers were enticed with prices so low never seen before.

The complaints filed by customers say that the price at the “gondola” (shelf) was ¢17.800 colones, but ¢178.000 at check out.  At the time of the incident, Walmart argued that someone, other than an employee, changed the price tag on the 32″ flat screen and refused to honour the tag price at checkout.

The Commission, in a majority vote, felt the consumers were duped by the pricing and the lack of information by the company was regarded as misleading advertising.