Departments stores to be closed this weekend; new measures for reactivating the economy to be announced on Monday, May 11 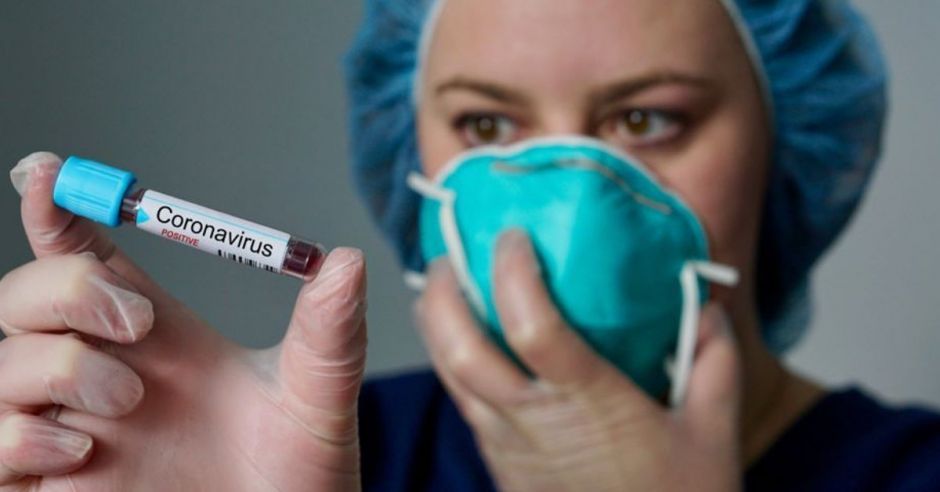 The number of confirmed cases of covid-19 in Costa Rica reached 773 this Friday, 63 days after the detection of the first patient as a result of the new coronavirus. It is eight more cases than Thursday.

As of this Friday, the percentage of recoveries reached 60% (461 people) and active cases dropped to 312.

Hospitalization is also kept to a minimum. Of the 312 active cases, only 21 (6%) are hospitalized, of which 6 are in Intensive Care, the rest at home.

According to the epidemiological report of the Minister of Health, Daniel Salas, those affected over this time have been more men (409) than women (364). 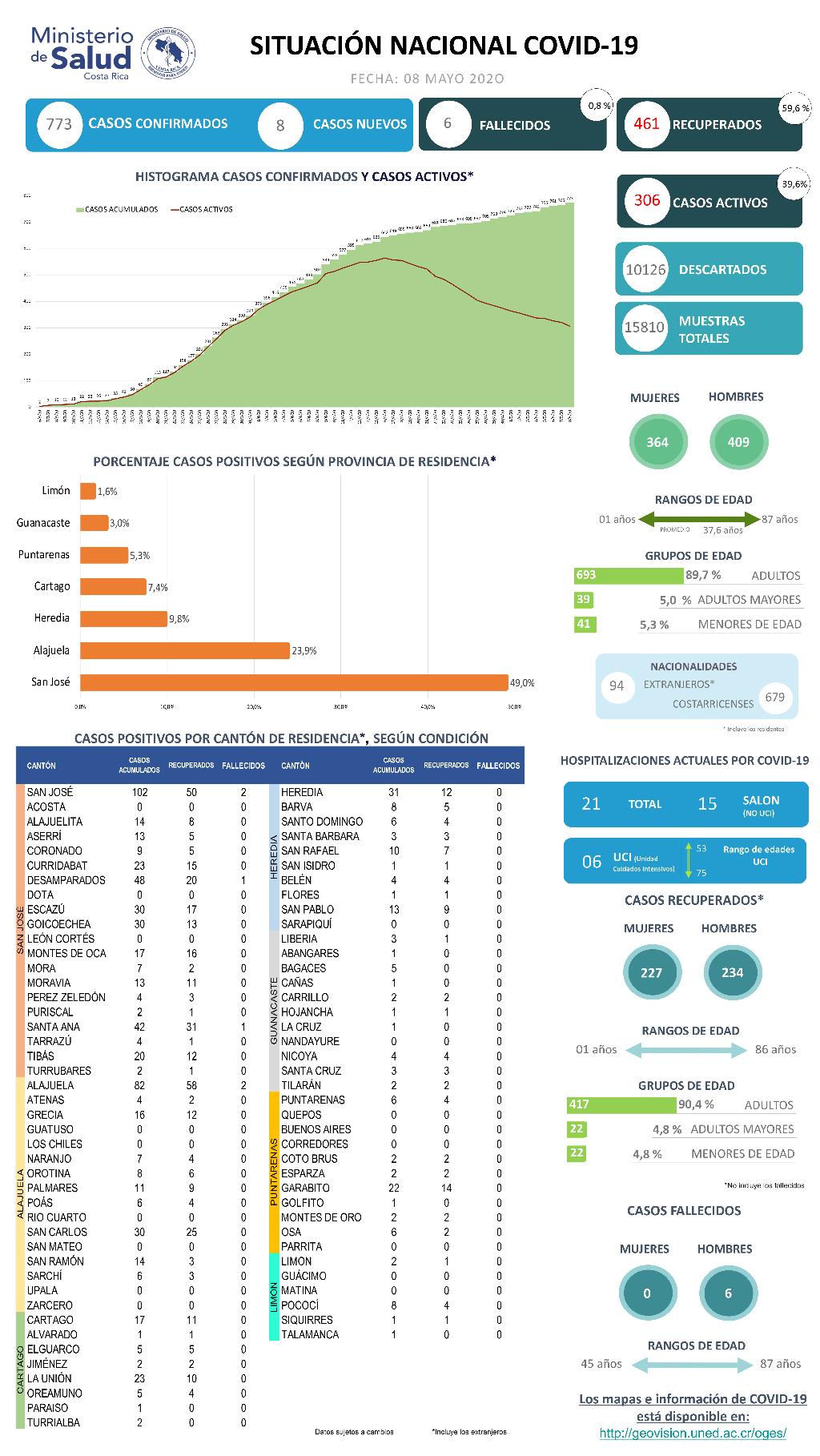 Among the 773 cases throughout these two months, 95 are foreigners.

Truckers from Nicaragua and Panama

The minister reported that among the new cases of contagion of covid-19 are two truckers that entered from Nicaragua through the Tablillas border post, in Los Chiles, Alajuela.

The two men remain isolated and Health confirmed “all the contacts they had in Costa Rica are located.”

The two cases came out of 230 tests that were carried out on truckers on Thursday.

On Wednesday, another trucker was detected that entered from Panama through the border post of Sixaola.

Health Minister Daniel Salas announced that as of this Friday, truckers who want to enter Costa Rica will be tested for the virus, which will mean waiting 24 to 48 hours at the borders while the result is ready.

The Immigration Police will be in charge of monitoring that there are no crowds while the truckers wait for the test result. Every day, more than 1,000 trucks pass through the Peñas Blancas border alone.

Salas also issued a warning regarding migrant transfers, saying that owners of businesses who allow transfers of migrants in their vehicles, for any reason, will see their businesses shut down.

This week, a group of migrants were found riding in a truck belonging to a local farm operator.  At first it was believed the migrants had just arrived from Nicaragua, but using illegal migrant labor in the northern zone is nothing new.

“We have invested a lot to have the figures we have at the moment (relatively few positive cases of the virus) and we are all going to be vigilant of the transfer of migrants. Any businessman who favors this activity will be closed. In the inspections to be carried out, if this type of transfer is found, the activity is completely closed,” Salas said.

On Thursday, Security Minister, Micheal Soto, announced that the border restrictions will continue until June 15. This applies to all borders – land, sea and air.

Tourists will continue to be prohibited entrance to the country, only Costa Ricans and residents may enter, and be subject to a 14-day mandatory quarantine.

Residents who left the country after March 23 will are prohibited from re-entering during the national emergency. And residents found entering the country illegally will lose their immigration status.

Measures to reactive the economy

The Health Minister pointed out that department stores have their operating permit revoked this Saturday (May 9) and Sunday (May 10) and security will monitoring compliance.

“On Monday we will announce the measures that are going to be lifted for the following weeks,” he said.