The Ministry of Health on Monday, May 25, reported 21 new cases over the previous day, bringing the number of people who have had the new coronavirus in Costa Rica reached 951.

Daniel Salas, Health Minister, called attention to this increase in the report of the last 24 hours. “We had several weeks of not having such a substantial increase, the figure of 21 has to make us react in the way we have to behave as a society in the midst of a pandemic,” he said.

On Sunday it was 12 and Saturday it was 7. In fact, it is the highest number since April 9, when 37 new cases were registered. Since then, the largest increase had been 16. In March, there were daily increases of 32 new infections on two consecutive days, on the 27th and 28th. 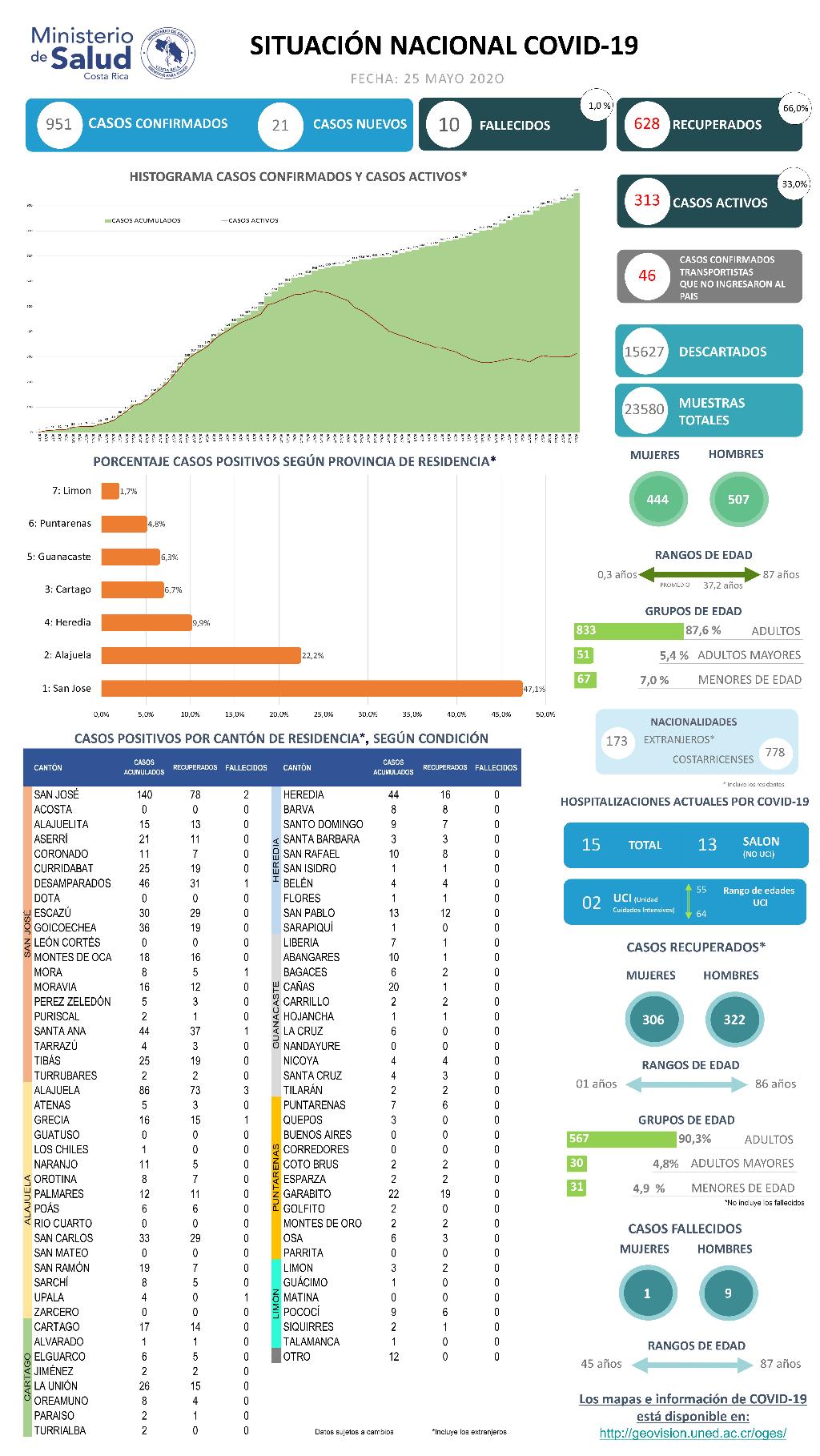 A total of 628 have recovered; 15 patients remain in hospital, of which 2 are in the ICU.

The number of deaths remains at 10.

Return to classes with masks and classes in hybrid model

QCOSTARICA - Both public and priave schools must adhere to the...
Read more

QCOSTARICA - Between the different hospitals of the Caja, an average...
Read more

Q24N (Guatemala city) The governments of the United States, Mexico and Guatemala agreed on Friday to prohibit the passage of migrant caravans through their...
Cartago

QCOSTARICA - Fog, light rain and very cold it was for those who had to leave home this morning in Cartago, due to the...
National

QCOSTARICA - Strong winds, generated by the influence of cold push number 12, prevented the firefighters from controlling a fire in vegetation registered in...
News

Q TRAVEL - U.S. President Joe Biden signed on Thursday an order mandating, aside from providing a negative Covid -19 test before boarding, all...
Politics

QCOSTARICA - In a little over a year, in February 2022, Costa Ricans will take to the polls to elect a new president. General elections...
HQ

QCOSTARICA - 50% of the tax revenue collected by the Ministry of Finance is used to pay the salaries of public employees, according to...
Health

QCOSTARICA - Health authorities said on Thursday they will maintain the vaccination against COVID-19 of vulnerable groups despite the notification from Pfizer it would...
Mexico

Q24N - The president of Mexico, Andrés Manuel López Obrador, reported on his Twitter account that he tested positive for COVID-19. AMLO said that he...