The Ministry of Health confirmed that the number of people infected with COVID-19 in the country is now to 755 cases, 13 new patients were added to the list in the last 24 hours.

Of the 13 new cases, 12 were reported in the Central Regional Apprehension Center (CARC), the immigration holding center in Heredia. On May 2, the first two cases, to Nicaraguan men waiting on the resolution of their case, had been confirmed in that same place. A center-wide test of staff and detainees was initiated.

“They are contacts of the two detainees who were positive on May 2. The Apprehension Center is in isolation by health order, positive people will remain there, with strict monitoring by the Health authorities,” said Health Minister Daniel Salas.

In the past 12 days, the number of new cases did not reach 10 per day. 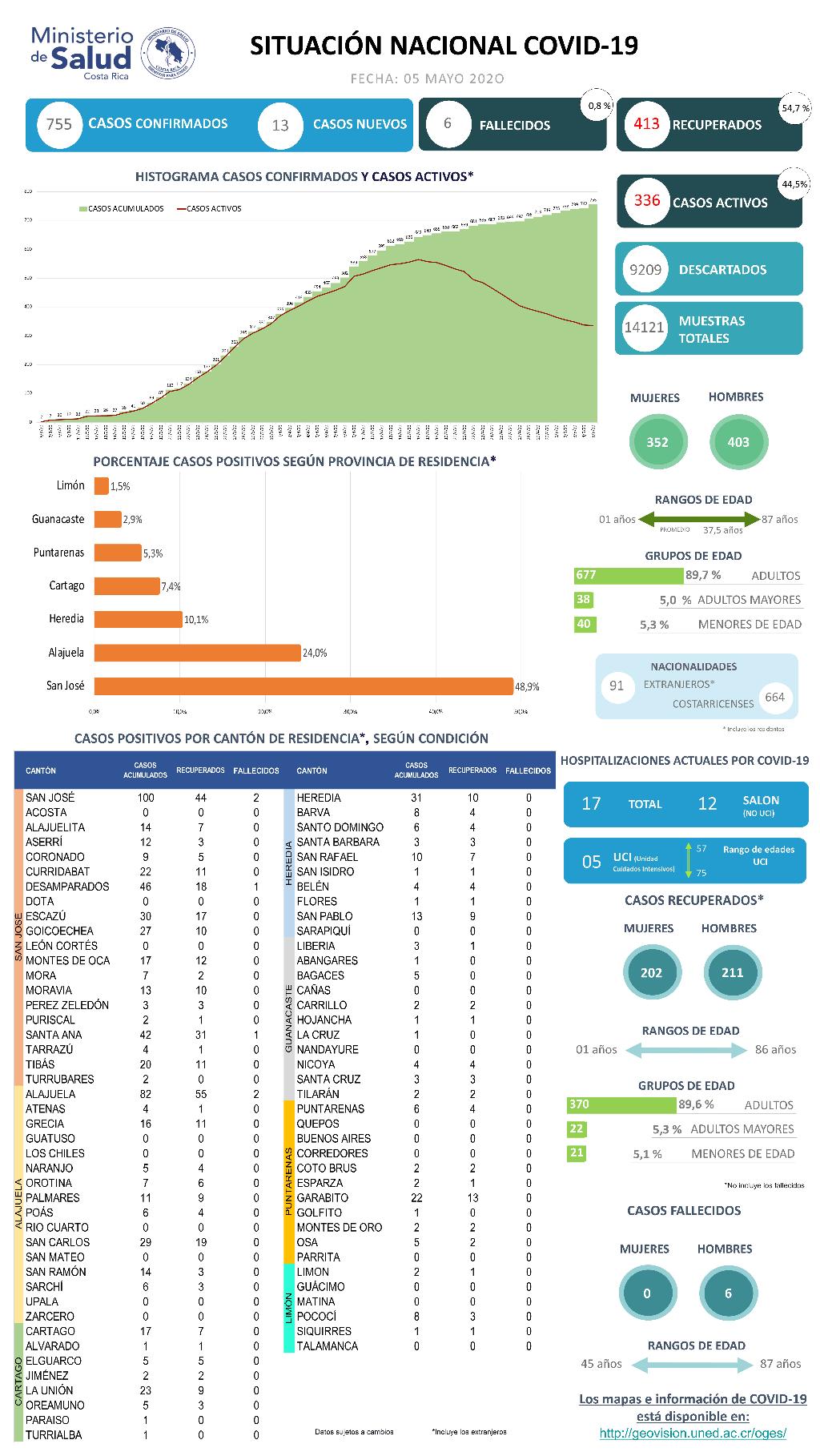 As of today, there are 413 people recovered. The number of patients in hospital is 17, of whom 5 are in intensive care.

The death toll remains at 6.

QCOSTARICA - The government will present a bill to...
Fuel Prices