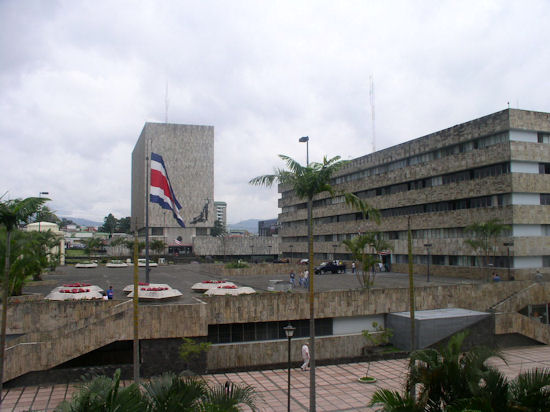 [OP-ED] I have said for some time now, that the actions of the Sala IV, the Constitutional, or Supreme Court of Costa Rica, are more akin to it being a political arm of the Executive Branch of Government, rather than a true legal body, making decisions based on law.

The recent decision by the Sala IV, voiding the Corporation Tax law as unconstitutional, exemplifies my previous thoughts on this subject.

As I understand the decision, the existing Corporation Tax law was found to be unconstitutional, as not having the appropriate notice of its passage entered in the official Government publications for such notifications, La Gaceta. If this is the finding of the Court, then the law is void “ab initio” (from the beginning) and all tax revenue collected to date by the Government, has been collected illegally, and ought be returned to the taxpayers who paid it. Now we know that is not going to happen, because we also know that the Costa Rica Government coffers are essentially empty and that such a return of funds would be next to impossible to make.

In making its decision, the Court, for what in my opinion is a purely political, not legal, decision, stated in its finding that the Corporation Tax law was unconstitutional, that its decision would not come into effect until 2016. Hence, there will be no interruption in collecting the 2015 Corporation Tax, funds that the Government is desperately relying on. This provision of delaying the implementation of the Court’s decision is not a decision based in law, where the law is found to be unconstitutional from its inception (void ab initio) and in my opinion, it is a totally unenforceable provision of the Court’s decision on the subject. However, as the decision was made by the highest Court in the land, there is no other legal body to Appeal to, except to ask that its decision be reviewed as to its legality by itself. I think we all know where that’s headed.

In addition and in further consideration of the political nature of the Court’s decision in this matter, it is somewhat, if not highly suspicious, that the decision was rendered by the Court three days prior to the end of the current 2015 Corporation Tax collection period, being the end of the month of January.

Clearly, this decision was rendered by the Court to allow the Government to re-plant the Corporation Tax law in the correct format as to notification in La Gaceta, to allow this tax revenue collection stream to continue uninterrupted in 2016, while providing for its continued illegal collection in 2015.

Questionable Court decisions such as this, do not instill confidence, particularly in the business community of the Country, and can have nothing but a detrimental effect on Costa Rica in its status as a Developing Nation.

RICO's DIGEST - We've all had this happen, your computer's hard drive is full and your computer crashes. But we are not the Radiográfica...
Reports

(DW) Jon works for the local government in the US state of Virginia. The 40-year-old received both his COVID shots in April. Most of...
Corrupion

QCOSTARICA - The prestige of the company of some of the richest men in Costa Rica hangs by a thread. For many, the MECO...
Redaqted