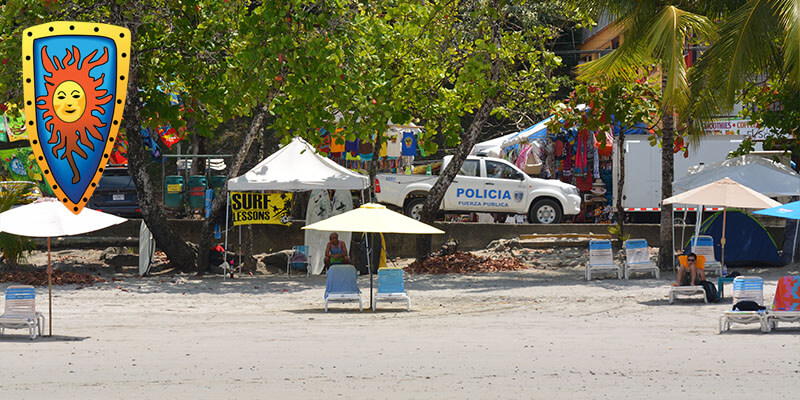 Costa Rica is often mentioned in terms of online gambling, being one of the countries where numerous online casinos decided to set up their headquarters. However, having casinos operating from the country doesn’t necessarily mean that the Government of Costa Rica looks favorable on gambling when it comes to their own people.

This article brings a breakdown of gambling laws in Costa Rica, explaining the current state of the affairs when it comes to land-based and online casinos available to the players from the country.

Undefined and Lax Laws
To start off from the top, gambling in Costa Rica is strictly speaking illegal. The current regulation prohibits citizens of the country to get involved with any games of chance with a random outcome, which covers pretty much all casino games, such as slots, roulette, blackjack, etc.

However, this is only the formality, as the government doesn’t actually take any actions against online gambling.

In fact, Costa Rica welcomes all online gambling operators who want to establish their seat there, as long as they avoid offering their services to the residents. Other than this, these online casinos can get away with pretty much anything, as there is no actual licensing or supervising body in the country.

Costa Rica can get away with this because their law has been tailored in such a way as to stipulate that gambling isn’t taking place at the location where the server is located but rather at the location of the player. That way, they can uphold their anti-gambling laws and still rake in millions in taxes from the companies running their operations from within the country’s borders.

Online Gambling in Costa Rica
Since gambling is technically not allowed in the country, there are no land-based casinos where the locals could play. However, there are several online casinos accepting players from Costa Rica, such as Casino Cruise (Casinoreviews.net.nz/casino-cruise/). These operators are happy to do business with the customers from Costa Rica and players will have no problems accessing the sites despite the formal prohibition.

In fact, there are quite a few casinos offering free spins upon signup, giving players a chance to get acquainted with their offering and perhaps even win some money on the house, without having to risk any of their own money.

Players have nothing to worry about as the government isn’t in the business of going after those who spend some time playing at an online casino. The country still relies heavily on the income from the various gambling companies established there and going after their own citizens would potentially create panic among the operators.

Things have changed quite a bit in Costa Rica, though, especially when compared to the late 1990s and early 2000s. After the US Government had gone after some of the biggest companies situated there, the country has never fully recovered from the blow.

Today, there is still a fairly large number of operators catering to the US players from Costa Rica, but with the new regulation looming, it could be another severe blow for the country’s economy.

QCOSTARICA - The fourth wave of the pandemic in...
Economic Recovery